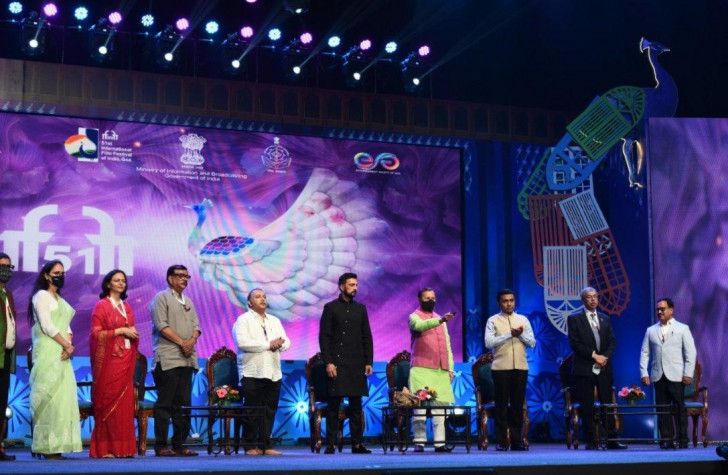 Panaji, Jan 16
Union Minister for Information and Broadcasting Prakash Javadekar on Saturday pitched for private participation in the next edition of the International Film Festival of India (IFFI).

Javadekar, who along with southern cinema actor Sudeep inaugurated the 51st edition of the IFFI -- the country's largest and oldest International film festival -- praised the resilience of mankind to have come up with a vaccine for Covid-19 just a year after positive cases were reported in January 2020.

"IFFI Goa is organised each time by the Government of India and the Goa government. Why? There should be participation of the film industry as well as other industries," Javadekar said at the inaugural function of the festival.

The festival is organised annually by the Union Information and Broadcasting Ministry's Directorate of Film Festivals and the Goa government's Entertainment Society of Goa. The festival is annually held in November but the current edition was delayed owing to the pandemic.

The Union Minister said that IFFI was being held in Goa just a year after the first cases of Covid-19 cropped up in the country, and the fact that a vaccination drive is already underway is a testament to the strength and resilience of mankind.

"Look at the speciality of this year. In January 2020, the disease came to India but the strength of mankind, wisdom and willpower is such that now in 2021 we have a vaccine," Javadekar said.

Speaking at the inaugural ceremony of the film festival, Chief Guest Sudeep said cinema and sports were engagements which connected everybody across the globe and urged people to show their passion for cinema inspite of Covid-19.