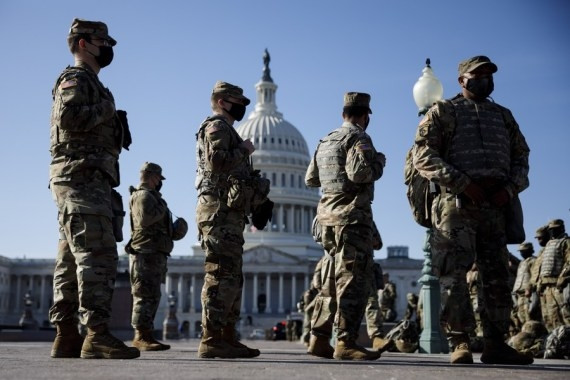 The mayor said what has been widely reported by the press was the lockdown on the federal grounds in the city, but the residential area in the nation's capital was also under threat.

Should an attack do happen to harm DC residents, Bowser said there is a plan in place to respond. "Our police department, working with our federal law enforcement partners and the United States army, quite frankly, also has a plan to pivot if we have any attacks in our neighborhoods," she said.

A man from the neighboring state of Virginia, identified as 31-year-old Wesley Allen Beeler, was arrested Friday in downtown DC for carrying a pistol without license, possession of an unregistered firearm and possession of unregistered ammunition. He was released Saturday on personal recognizance, saying after the release that he made "an honest mistake".

Up to 25,000 National Guard members have been authorized for the city to ensure the security of Wednesday's inauguration, transforming the city into what some US media called "a war zone".