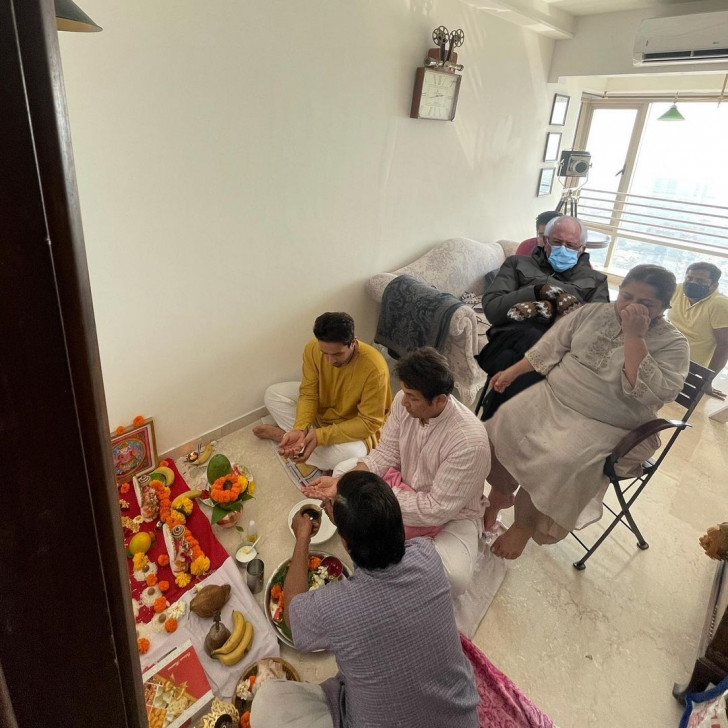 However, at a time when almost the entire film industry is taking part in the Bernie Sanders meme fest, why should Adhyayan be left behind!

The actor shared a photograph of his housewarming puja on Twitter. In the photo, Adhyayan can be seen performing the puja together with his father Shekhar Suman as US Senator Bernie Sanders looks on from behind!

"My New House! Finally with all the love, support and my parent's blessings, I've moved into a beautiful place with good vibes and positive energies! Thanking Mr #BernieSanders to inaugurate this house the traditional way! #newbeginnings #MyNewHouse #Goodvibes," Adhyayan captioned the photo on Twitter.

US Senator Bernie Sanders became the subject of memes on social media due to his his anti-fashion look at the presidential inauguration ceremony of Joe Biden recently.
The Senator was clicked sitting in a stoic pose with his hands crossed wearing a mask on his face, a simple coat and oversized mittens. It is his mittens which has grabbed the maximum attention of netizens!