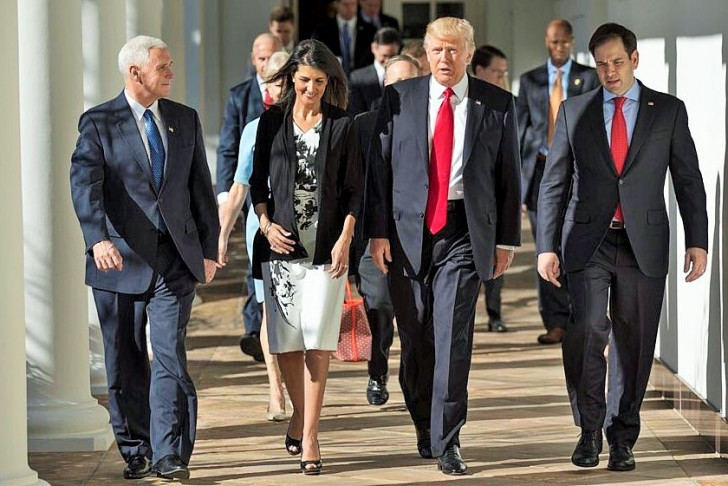 New York, Jan 25
A lawyer who helped clear Indian American Republican politician Nikki Haley of ethics charges nearly a decade ago is the man in charge of defending Donald Trump in his upcoming Senate impeachment trial.

With talk of a possible Nikki Haley - Kamala Harris contest in 2024 already swirling, the latest developments offer an interesting wrinkle. Both Haley and Harris are Indian American and their political aspirations are no secret. Harris settled into VP mode after shutting down her 2020 presidential campaign. Haley did not run in 2020 but is very much in the mix for 2024.

Back in 2012, Butch Bowers represented then-Governor Nikki Haley in an ethics hearing over allegations that she engaged in illegal lobbying on behalf of her employers while she was a state representative. Haley was cleared of wrongdoing.

Bowers is a South Carolina elections and ethics lawyer and he now plunges into the defence of Trump in an impeachment trial based on a single article: incitement of insurrection. The accusations revolve around how Trump incited a mob of thousands of his supporters to storm the US Capitol on January 6.

Trump is the only President in America's history to be impeached twice. If convicted, he could be barred from holding public office again, dashing his hopes of a 2024 run. Opening arguments in Trump's Senate impeachment trial begin the week of February 8.

(Nikhila Natarajan can be reached at [email protected])