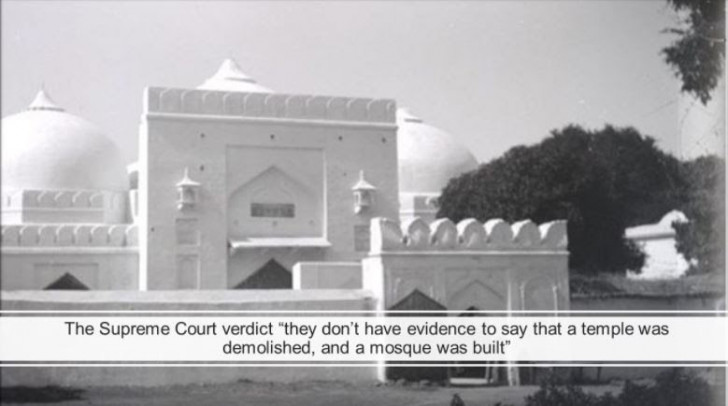 Prof. Harbans Mukhia and Dr. Audrey Truschke, and a prominent political scientist Dr. Shamsul Islam, came together during a webinar on the subject of “Examining Muslims in Indian History,” to emphasize the shared heritage of all South Asians and to reject myths that are fueling Islamophobia in India.

The webinar was organized on January 26, India’s Republic Day by Indian American Muslim Council (IAMC), an advocacy group dedicated to safeguarding India’s pluralist and tolerant ethos. Prof. Mukhia, who spoke on the subject of “how Muslim was the medieval Indian state?” categorically asserted there was no historical evidence to suggest that the medieval Indian Muslim state was engaged in large scale conversion of Hindus to Islam.

Prof. Mukhia, a former professor of medieval history at Jawaharlal Nehru University in Delhi, said, “There is no evidence as there is no data because these conversions took place over centuries, over three or four or five centuries. Very slowly, gradually and at the hands of many many agencies and many motivations. It was not as if the state was out to convert people and they converted.”
He also rejected the portrayal of Aurangzeb as a fanatic. He based his assessment on the accounts of historians like Sujan Rai Bhandari, Bhem Sen, none of whom describe Aurangzeb as a bigot. “They speak of him as a good ruler, bad ruler, efficient ruler, inefficient ruler, but they don’t portray him as an Islamic zealot.”

Prof. Mukhia recounted that the first recorded communal riots took place in 1714, seven years after Auragzeb died. “Communal riots as we understand them today did not happen in all of medieval India. In the whole of the 18th century, five riots took place. So that is the record of the relations between the common Hindus and common Muslims,” he added.

On the subject of Babri Mosque, Prof. Mukhia asserted that there was no evidence whatsoever of the existence of a Ram temple, or any other temple that was demolished by Babur. It was only at the beginning of the 19th century that a popular belief began to grow, linking the Babri Mosque site with the birthplace of Ram.

Dr. Audrey Truschke picked up on the theme of Babri mosque, and characterized Indo-Muslim history as the heritage of all South Asians and not just that of Muslims. “When a violent mob pulled down the Babri masjid, brick by brick, in 1992, this was not just a loss for Indian Muslims. This was an act that destroyed a part of the heritage of all Indians and all South Asians,” she said.

She bemoaned the narrative that is designed to spur hatred towards Indian Muslim rulers. “This hatred is not based on real history. This is based on some toxic cocktail of half truths, cherry picked tid-bits and straight up lies,” asserted Dr. Truschke.

Dr. Truschke argued that no one can really understand modern India without understanding the Indo-Muslim history. Without it we would be at a loss to explain tens of thousands of Persian manuscripts of Ramayana and Mahabharata that are today across archives in South Asia and far beyond.

“PM Narendra Modi has stood in front of that Mughal monument (Red Fort) to address the Indian nation using Persian words which are now part of Hindi precisely because of Indo-Muslim rule. Without Indian Muslim history we cannot understand the words of a man who espouses such ignorance about his own heritage. And it is Modi’s heritage, whether he likes it or not,” added Dr. Truschke.

Dr. Shamsul Islam, a former associate professor at Delhi University, also expounded on the subject of the Babri mosque, and wondered how Goswami Tulsi Das who wrote Ram Charit Manas 40 years after the building of Babri mosque in Ayodhya, does not mention that a Ram temple was destroyed or some mosque had come up at the birth place of Ram.

Dr. Islam who spoke on the role of Muslims in India’s freedom struggle, named all major events during the freedom movement, starting from the First War of Independence in 1857,recounting the names of almost equal number of Muslims who fought shoulder to shoulder with their fellow Hindu revolutionaries against the British. He made a point of discussing Ayodhya in Faizabad in order to highlight what was happening there during the freedom struggle of 1857.

“In 1857, Maulana Ameer Ali, a scholar, and a pandit Ramcharan Das of Hanuman Garhi, organized a resistance army. They were caught due to the treachery of a British insider in the community, and they were hanged from a tamarind tree in Faizabad where now stands the Faizabad jail,” he said, adding that every part of India witnessed thousands of such examples.

Dr. Islam highlighted that Hindutva proponents lie when they claim all Muslims supported Muslim League. Only 8% Muslims had a right to vote. One had to be a revenue payer and degree holder to vote. He went on to add details of Muslim opposition to the idea of Pakistan and the Partition. He was frank in equating Hindutva with Brahminism, calling it the biggest threat against the integrity of India.

IAMC is dedicated to promoting the common values of pluralism, tolerance, and respect for human rights that form the basis of the world’s two largest secular democracies – the United States and India.