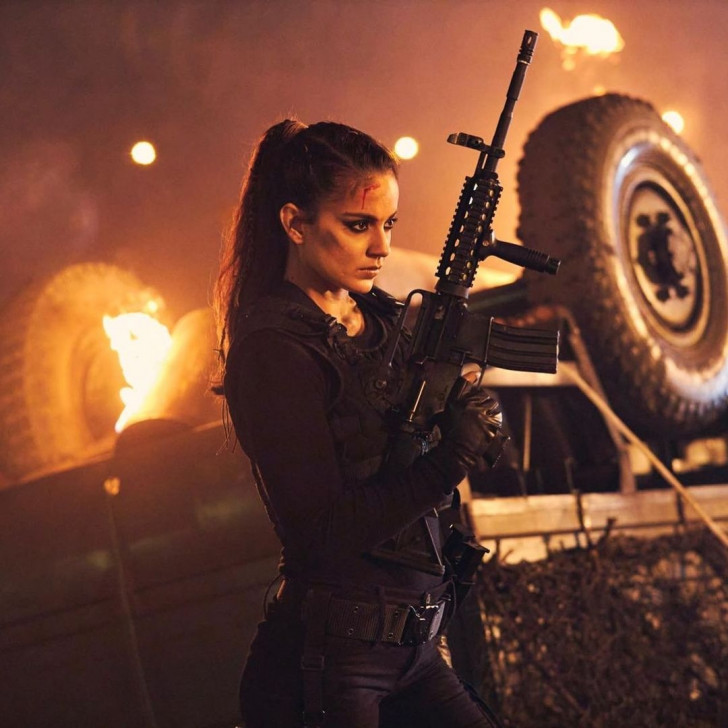 On Sunday, Kangana took to Twitter to share the news of the schedule wrap of her film and also hinted at a "new venture".

The actress wrote: "Schedule wrap alert.... most wonderful people, thank you chief Razy and my dear friend Sohail, amazing team I had the time of my life. #Dhaakad is going to be something spectacular. Now running to another mission, new venture coming up."

Kangana recently tweeted a still from "Dhaakad" that captures her in an action-packed avatar.

"You may think it's strange to find solace in conflict, you may think it's not possible to fall in love with the sound of the clash of swords, for you BATTLEFIELD might just be ugly reality but for the one who is born to FIGHT there is no other place in this world where she belongs," she captioned the image.

"Dhaakad" is billed as a spy thriller that casts Kangana as Agent Agni. Arjun Rampal plays the antagonist Rudraveer. The Razneesh Razy Ghai directorial is slated to release on October 1.