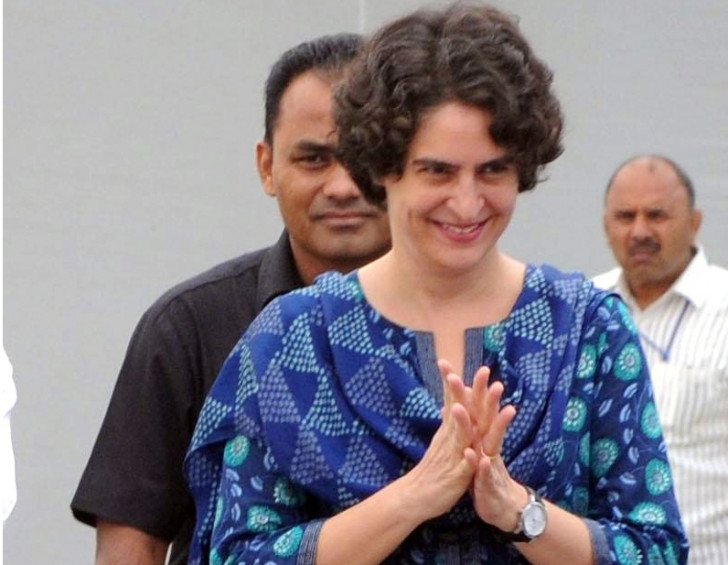 New Delhi/Prayagraj, Feb 23 A day after Congress General Secretary Priyanka Gandhi Vadra visited Prayagraj to meet fishermen whose boats were allegedly damaged by the police, she on Tuesday announced that the party will take out a "Nadi Adhikar Yatra" in support of the community's cause.

She also announced a sum of Rs 10 lakh to the affected fishermen whose boats were damaged.

In a series of tweets in Hindi, she said that the rights of river resources are of the fishermen community and the Congress will be taking out a Yatra to fight for the rights.

She demanded that the government investigate the illegal sand mining and the mining being done by big companies. She also has sought a white paper from the government detailing the river where mining was being done.

Earlier on Sunday, the Congress General Secretary visited Prayagraj to support the boatmen who were allegedly harassed by the local police. She was informed by a boatman named Sujit Nishad about the issues that the boatmen belonging to the Nishad community were facing, including brutality against them, by police whom he alleged had destroyed their boats.

Nishad is one of the largest communities of OBCs after Yadavs, Maurya and Kurmi in Uttar Pradesh and have been with Samajwadi Party and the Bahujan Samaj Party. The BJP and the Congress, both are eyeing to make inroads and galvanize support from the community said sources.