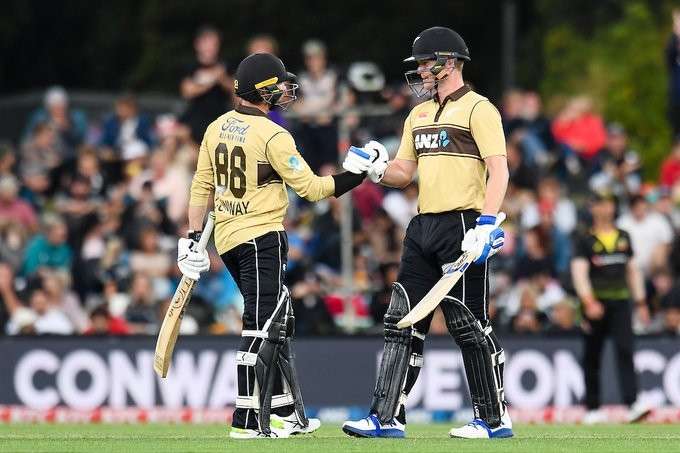 Auckland, Feb 23: Commentator Simon Doull said that it may have not mattered if New Zealand batsman Devon Conway's unbeaten 99 against Australia in the first T20I had come before the Indian Premier League (IPL) auction. Conway went unsold at the auction and four days later, his innings helped New Zealand beat Australia by 53 runs in Christchurch.

After the innings, India spinner Ravichandran Ashwin said that Conway's innings came "four days late" indicating that it may have made a difference at the auction.

"Not sure it matters @ashwinravi99 NZ players have continually been overlooked for second rate Australians in the IPL for years. Seems outside of IPL big bash is the only comp looked at.. #player #NZcricket," tweeted Doull, a former New Zealand fast bowler, in reply to Ashwin, saying that performances in Australia's Big Bash League seems to be a bigger parameter for IPL teams for judging international players.

Doull then further explained his view. "Just some context. I did not mention any names so stop trolling. Since IPL started 94 Aussies at combined 886 Crore. 31 NZ players 212 Crore. Both countries have 6 first class teams and both have domestic T20 comps. It's more about timing and viewing of BBL. #balance #scouting," Doull tweeted.