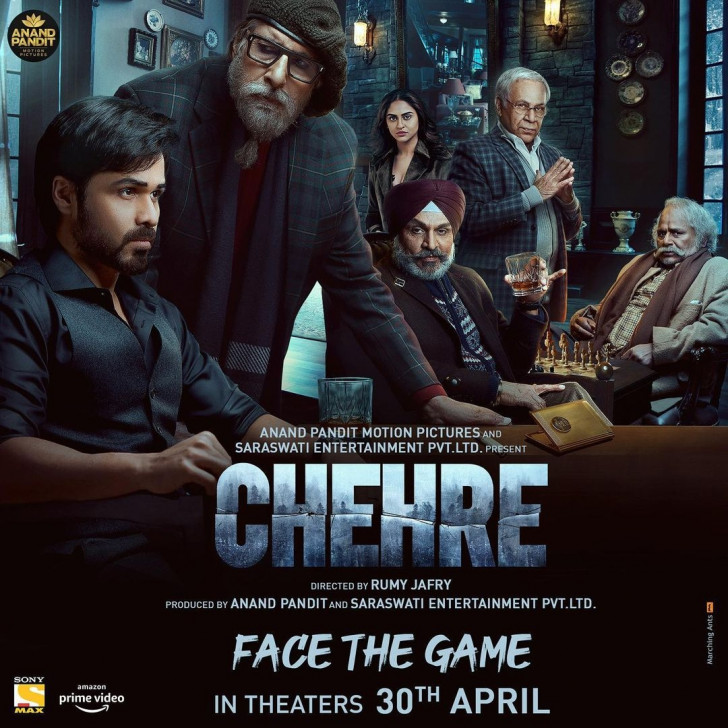 Mumbai, Feb 23
Chehre, starring Amitabh Bachchan with Rhea Chakraborty and Emraan Haashmi, has been confirmed for theatrical release on April 30.

Big B tweeted the first poster of the film, where it seems that he is interrogating Emraan while the others such as Annu Kapoor and Krystle D'souza look on nervously.

The thriller has been helmed by Rummy Jafry and produced by Anand Pandit.