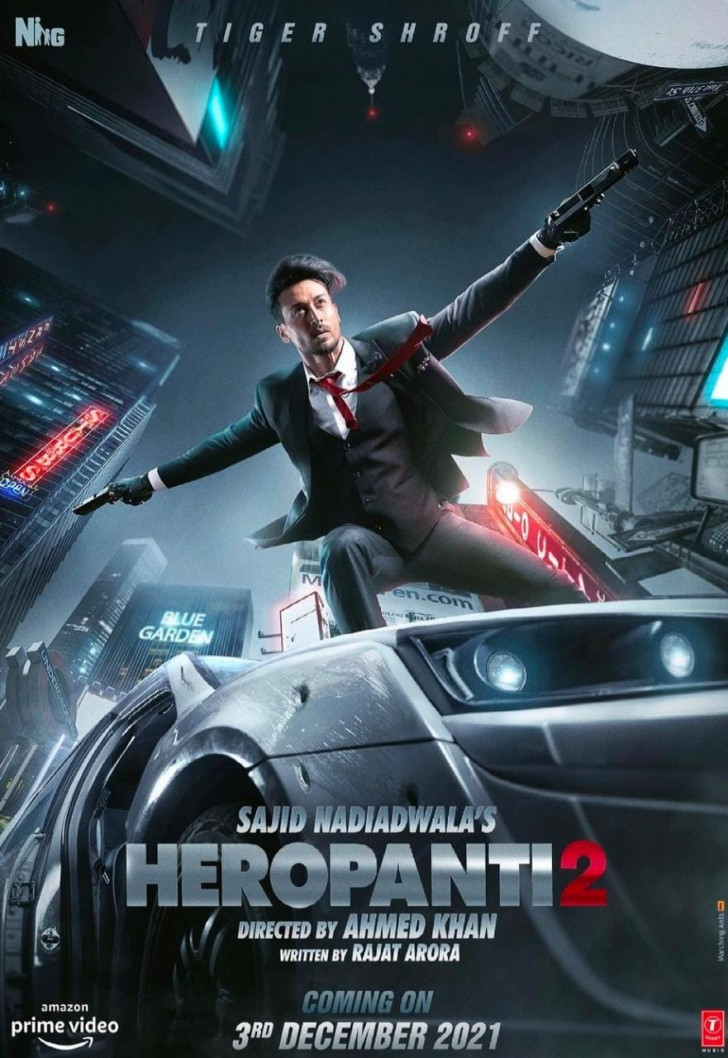 Mumbai, March 2
The release date of Tiger Shroff's upcomming action film Heropanti 2 was announced on his birthday, March 2. The actor celebrates his 31st birthday on Tuesday and on the occasion it was announced that his upcoming action drama will release in theatres on December 3.

"My first love is back, action, thrill, like never before! Lets celebrate this one together on the 3rd of december in cinemas. #SajidNadiadwala's #Heropanti2," Tiger Shroff shared the news of the film's release in an Instagram post.

Choreographer-director Ahmed Khan will direct the film. He has earlier directed Tiger Shroff in films like Baaghi 2 and Baaghi 3.

Heropanti, released in 2014, marked the Bollywood debut of Tiger and Kriti Sanon. Sajid Nadiadwala, who produced the film, will also produce the sequel.

The second installment will reportedly feature Tiger's Student Of The Year 2"co-star Tara Sutaria as the female lead.