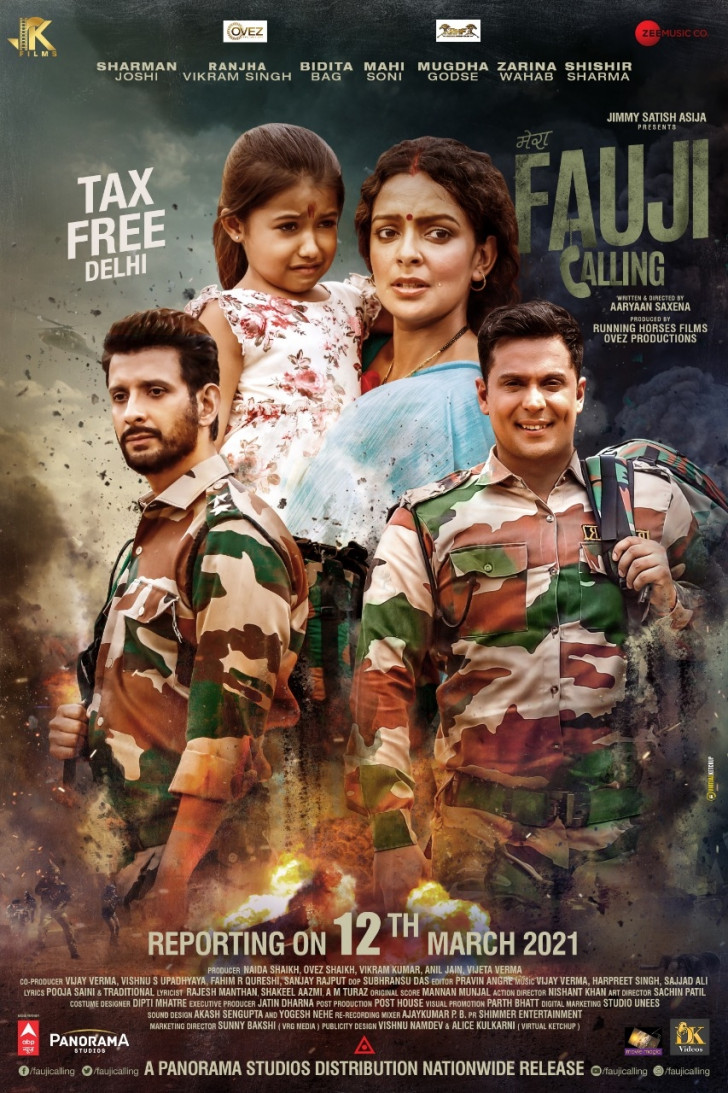 The film chronicles the life of a soldier and what his family goes through when he is away in the battlefield. Along with Sharman, the film also features Bidita Bag, Mughda Godse, Mahi Soni, Zarina Wahab, Shishir Sharma and Ranjha Vikram Singh.

Thanking the government of Delhi, director Aaryan Saxena said: "I thank Chief Minister of Delhi, Shri Arvind Kejriwal ji, and Deputy Chief Minister Shri Manish Sisodia Ji from the bottom of my heart. This is just the beginning and we are looking at a couple of other states to declare the movie tax-free as well. It's an unseen side of 'fauji' families and relates to the emotions of all age groups."

Expressing their gratitude, the producers said in a joint statement: "It's been such an honour to work on this film. The film has become tax-free in New Delhi and I want to thank CM Arvind Kejriwal and Deputy CM Manish Sisodia for this noble deed. This is a movie that is an ode to our soldiers and their families. And now that the movie has gone tax-free in New Delhi, I couldn't have asked for anything else. It's a work of our blood and sweat. We have literally given it everything. I am also grateful to my team for standing together through all the difficult and uncertain times. Over to the audience now."