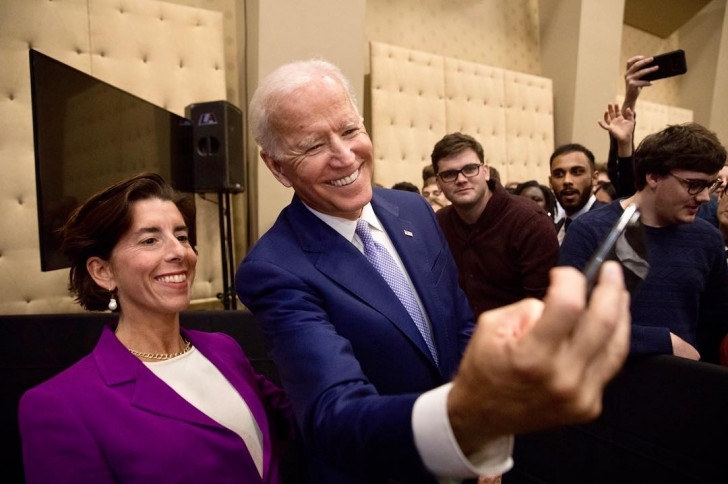 Washington, March 3
Rhode Island Governor Gina Raimondo was confirmed by the Senate as the new US commerce secretary, about two months after President Joe Biden's announcement of the nomination.

The upper chamber of Congress approved her nomination in a 84-15 vote. Raimondo, a 49-year-old former venture capitalist, will cut short her second term as governor of Rhode Island and is expected to be sworn in Wednesday, Xinhua news agency reported.

Consumer Technology Association, in a tweet, congratulated Raimondo's confirmation as the commerce secretary. "We look forward to working with you to foster innovation and ensure US economic competitiveness," the association said.

Biden, in his remarks announcing Raimondo's nomination, highlighted that she is "a daughter of a working-class family" who knows what it's like when a parent's factory job is shipped overseas. During her confirmation hearing, Raimondo said she would enhance efforts to revitalize US manufacturing.

Raimondo also underscored structural inequities facing minorities and families with lower incomes, stressing the need for the commerce department to support businesses and workers in a pandemic-ravaged economy.

The new commerce secretary is likely to play a crucial role in implementing the Biden administration's policy agenda, such as bolstering economic recovery, rebuilding the country's crumbling infrastructure, fighting climate change, and will likely face troubled waters on the trade front.

Raimondo was elected as Rhode Island's first female governor in 2014, and was re-elected in 2018. Before that, she served as the state's treasurer and gained attention for overhauling the state's pension system. She previously spent more than a decade working in venture capital.