Filmmaker Nathalia Syam: Audience must feel part of the story 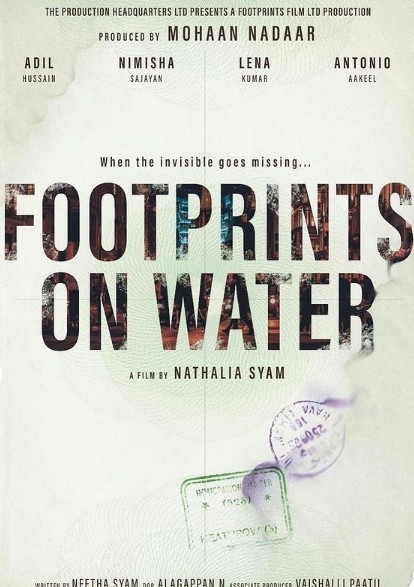 Mumbai, March 3
Filmmaker Nathalia Syam, who has directed the film "Footprints On Water", says that realistic cinema is the need of the hour. However, she adds that realistic films also need to be entertaining.

"I believe that when you watch a film, it sticks with you if you can relate to the character. There are two ways that people watch a film, one is when it is larger-than-life and people enjoy it and then they don't think about the film. And the next is films based on stories that need to be shown like our film. There are a lot of people who are scammed, who sell their houses and go to the UK and have no paperwork. They don't exist. Even if they get murdered, no one will know. So I felt this was a very important story to be told," she tells IANS.

She adds: "I think when we have realism in the story and show characters how they are, there are still dramatic elements but they are not larger-than-life. When the audience feels part of the story, they think about it. Realistic films have done very well. It's quite a new thing but there are also films which are very slow and nothing is happening."

Making the film was not been easy as the team had to shoot throughout lockdown in Covid-struck areas. "We shot around 90 per cent of the film in Birmingham. Every other day the rules kept changing. We started off in a tier 3 area and then went to a tier 4 area. Right after we finished shooting, there was a complete lockdown. The production team was very efficient in looking at backup plans. It was a hectic shoot but we made it work. The actors were very supportive," she says.

"We had two Covid supervisors, we were in a bubble. We were in Ramada and we didn't meet anyone outside. So because of that we were a lot safer. We were tested too before the shoot began. In that way, it was good. In the UK there is a legal rule that you need to wear a mask and sanitise and we followed all the guidelines," she adds.