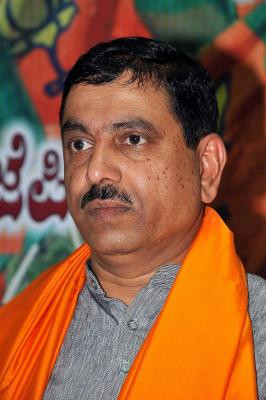 Reacting to reports before leaving to New Delhi in Hubballi, the Union Minister said that he would speak about this issue with party high command in detail in New Delhi on Wednesday. "This matter needs to be investigated thoroughly from all angles," he said.

He added that BJP is known for its discipline and culture. "This episode is an eye opener for all those who are in public life. They should remain clean always or otherwise," he said.

Ina response to a question, the union minister said that the BJP can not justify such (if Jarakiholi is guilty) acts. "That is why I said this needs a thorough investigation, if he is found guilty, the BJP will certainly take action," he said.

Answering to another question, the union mister said that he would speak with the Chief Minister, (B S Yediyurappa) and Karnataka BJP state unit president (Nalin Kumar Kateel) once he reached Delhi. "Due to paucity of time, I could not interact with them, will speak with them tomorrow (Wednesday)," he said.