Amid rise in Covid cases, can Bollywood draw crowds this summer? 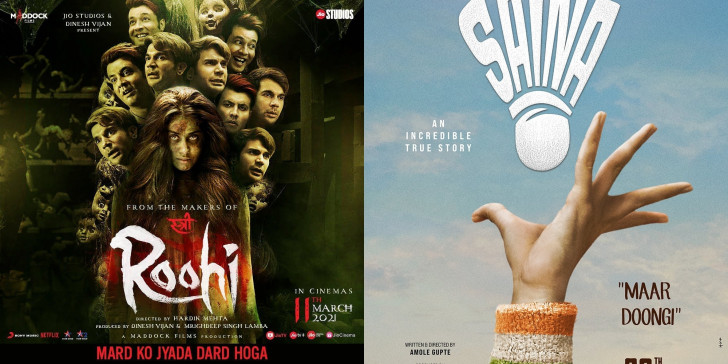 New Delhi, March 3: While theatres have opened and Bollywood has lined up a truckload of films for big screen release, the number of Covid-19 cases have also gone up in the country, especially in Mumbai, traditionally still the most important territory for Bollywood films. With multiple big-ticket productions, about Rs 900-1000 crore is riding on the trade from March to the end of July, traditionally a big season for the film trade.

The trade feels, given the circumstances, big films might make an impact, but the overall box office collections aren't going to be very high.

"The footfall has been off since the theatres opened. Also, theatres are still functioning on 50 per cent occupancy. Films are running forcibly and the audiences are not coming in. But we have big films also coming up and this might improve the situation," says trade analyst Atul Mohan.

Cases are expected to increase over the summer. However, the spike in the number of Covid cases will not work in favour of rge overflow of films lined up.

"There are so many cases in Maharashtra and the situation is bad. Maharashtra contributes to 30-40 per cent of box office collection. Also, filmmakers make money from OTT and satellite now and releasing in theates is just a formality. They are also trying to help the theatre owners and help things come back to normal," Mohan adds.

Filmmaker Aaryaan Saxena, whose film "Fauji Calling" will hit screens in March, is , however, optimistic. He feels people want to get out. "People are tired of staying at home. They are bored and want to come out. Of course, it is not easy to bring them to the theatres but we are trying from our end. It also depends on the subject of your film. So the content of our film is good. It is on the families of Army officers and people might like to watch it," says Saxena.

Actor Rajkummar Rao, whose film "Roohi" us scheduled to release on March 11, says that theatres are taking a lot of precautions and hence people shouldn't be scared.

"I think the kind of precautions that the theatres are taking are enough to make people feel safe. We anyway see people going out. Of course, people are being careful. You have to be a little careful when you go to watch a film but the experience of watching a film on the big screen in a dark theatre is something else. That you cannot recreate that anywhere else," he says.

Here is a line-up of the big films lined up in the next few months:

Bunty Aur Babli 2
This is a sequel to the 2005 hit Bunty Aur Babli. It stars Saif Ali Khan, Rani Mukerji, Siddhant Chaturvedi and Sharvari Wagh, and will release on April 23.

Chehre
Starring Amitabh Bachchan and Emraan Hashmi, Chehre will release on April 30. The thriller has been helmed by Rummy Jafry and it also features Rhea Chakraborty.

Radhe
Salman Khan returns with his masala film Radhe this Eid. Directed by Prabhudheva, the film is expected to hit screens in May. Disha Patani also stars in the heavy-duty action drama.

Bell Bottom
Starring Akshay Kumar, Vaani Kapoor, Huma Qureshi and Lara Dutta, the film is expected to release in May. The espionage thriller is set in the eighties and sees Akshay playing a spy.

83
Directed by Kabir Khan, 83 stars Ranveer Singh as Kapil Dev. The film is expected to hit screens on June 4, and it accounts the story of India's first World Cup win in cricket, in 1983.