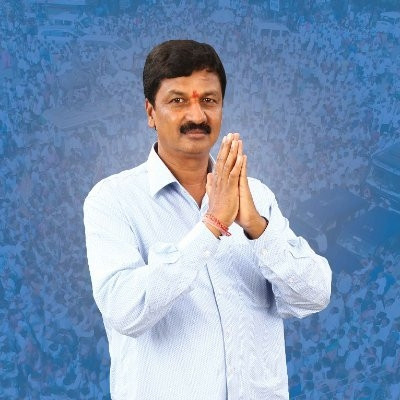 Bengaluru, March 3 Karnataka water resources minister Ramesh Jarakiholi on Wednesday resigned on 'moral grounds' and also to 'avoid his party facing any embarrassment' after the release of a CD in which he is allegedly seen in a compromising position with a woman.

This decision came after the BJP high command sent him instructions to resign or be prepared to be sacked from the cabinet.

The BJP high command was not willing to take the risk of dragging on this issue as the party has taken the high moral stand in Maharashtra where the Forest Minister and Shiv Sena leader was forced to resign when his alleged love affair came to light after a TikTok star committed suicide.

Besides this, the BJP is gearing up for elections in five states, while in Karnataka too the BJP will have to battle it out in three assembly by-polls and also for a Lok Sabha seat. Also, the month long Budget session will start on March 4.

Owing to these issues, the BJP high command met on Wednesday morning in New Delhi and gave strict instructions to its state unit leaders to ensure that Jarakiholi resigns.

His resignation letter has been accepted by Karnataka Chief Minister B. S. Yediyurappa and forwarded to Governor Vajubhai Vala for his approval, even as the minister is repeatedly claiming innocence.

"There should be an investigation into this 'fake CD case'. Even though I am innocent, I am taking moral responsibility and resigning from my post in the cabinet," Jarakiholi said in his resignation letter in Kannada.

Karnataka home minister Basavaraj Bommai said that an inquiry will be conducted as per the law adding that the Bharatiya Janata Party will take a decision on action against Ramesh Jarkiholi.

Ramesh Jarkiholi has been accused of sexually exploiting a woman who first approached the minister with a proposal to make documentaries on dams across Karnataka using drone cameras and special cameras. But, after a couple of meetings with her, the minister allegedly lured her with the offer of a government job at the Karnataka Power Corporation Limited.

The allegations have been made by a social activist Dinesh Kalahalli, who released a video, screenshots and a telephonic conversation, as well as audio clips allegedly between the minister and the woman.

Kallahalli has filed a complaint against the minister in the Cubbon Park police station. He also made it clear that he was not related to the victim, but was approached by her family as there was an environment of fear.