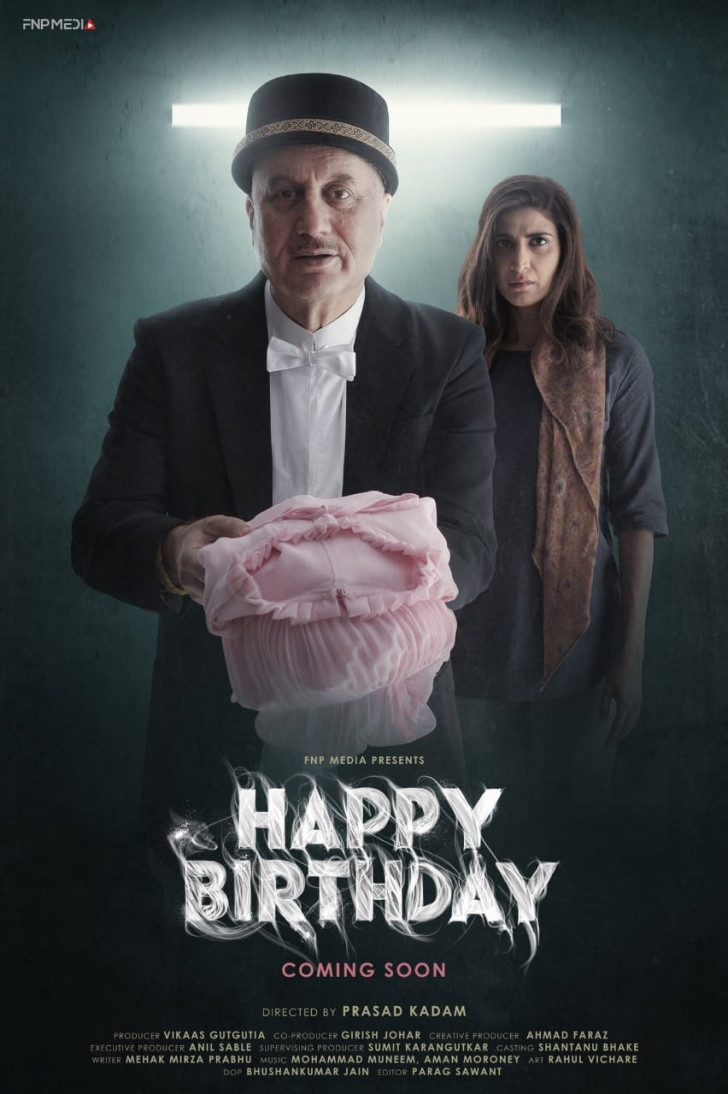 The poster features Anupam Kher dressed up in a black suit and hat, with a white bow tie. He holds a beautiful pink dress, while Aahana stands behind him striking an intense look.

Sharing the poster on Instagram, Kher wrote: "Excited to share the first look of our short film #HappyBirthday!! It has already been selected at some prestigious international film festivals! Hope you like it! #ShortFilm."

Aahana also shared the poster and wrote: "Excited and proud to present the poster of my short film #HappyBirthday. Starring @anupampkher sir and yours truly!"

Film trade analyst Girish Johar, who has co-produced the short film, told IANS: "It's a short film made by a young team. Prasad is the director of this film. It has stalwarts like Anupam Kher sir who we all know is brilliant and an iconic talent. It was a pleasure working with him. The film also has Aahana Kumra, who is a young and talented actress. I can't reveal details right now. We are planning to release it in May."

"It's a thriller short film, which will actually take you by surprise. We have sent the film to various film festivals across the globe and have received positive response and positive selection by those committees. We are excited to release the film in India now," he added.