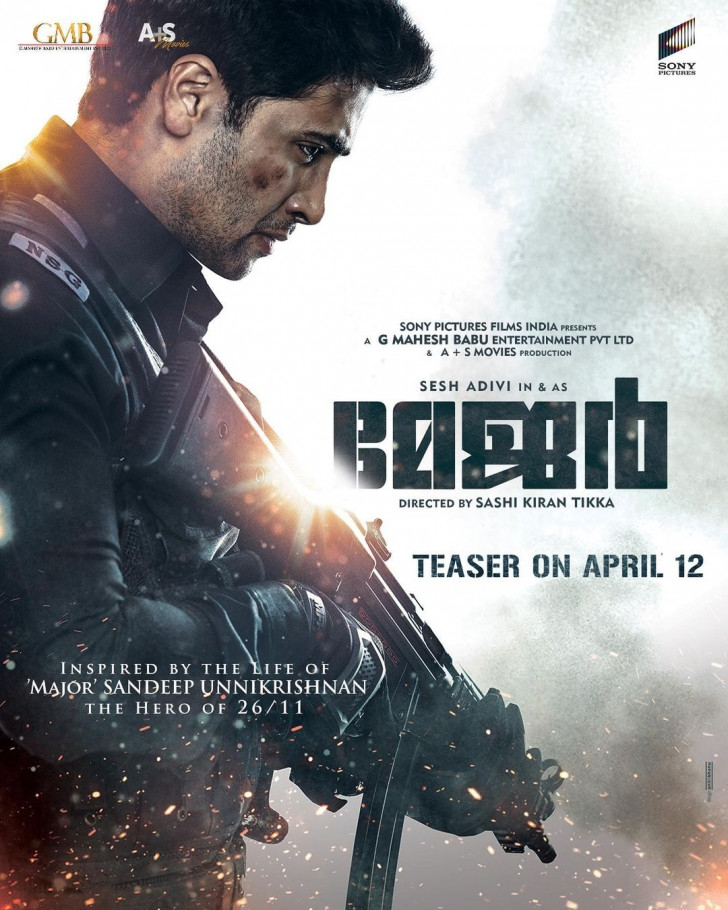 Hyderabad, April 5
Actor Adivi Sesh's upcoming film "Major" will release in Malayalam language, too. The film was earlier scheduled to release only in Telugu and Hindi. The film is inspired by the life of 26/11 martyr Sandeep Unnikrishnan.

"All the posters that we have released of 'Major' in the past one year, we have received a lot of love from all markets. It was also identified that there was a huge interest in this film in the Kerala market. So we decided to dub this film in Malayalam and give them a complete experience in that language," director Sashi Kiran Tikka tells IANS.

Actor Adivi Sesh took to Instagram on Monday to make the announcement. Uploading the poster in Malayalam, Sesh captioned: "#MajorSandeepUnnikrishnan is INDIA's son. Still, lots of people from his hometown #Kozhikode wanted to watch the film in #Malayalam. So here goes. With all my love to the people of #Kerala. #MajorTheFilm releases in Malayalam! Hindi Telugu."