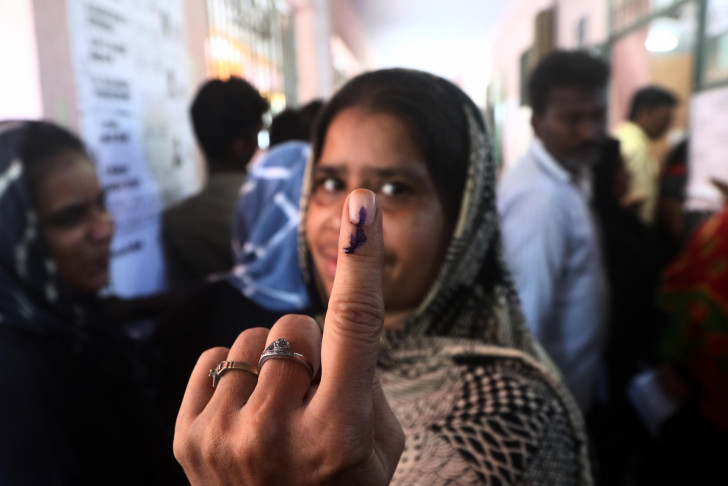 Similarly, the Chief Electoral Officer Satyabrata Sahoo, who is managing the poll show in the state, too cast his vote.

From the movie field Rajinikanth, star couple Ajit Kumar and Shalini, Surya, Karthi, Sivakumar too have cast their votes.

Ajit Kumar and Shalini had reached their polling booth about 20 minutes before the start of polling to vote early in order to avoid the fan crowd.

he, in fact, never fails to vote in any election. In the past polls, he was seen standing in the queue to cast his vote.

Speaking to reporters after voting, Stalin said 'people were casting their votes enthusiastically and the May 2 result will be great'.

Brisk polling was witnessed in the 234 Assembly constituencies in Tamil Nadu.

A total of 88,937 polling booths are there in the state and over 1,59,165 electronic voting machines have been deployed.

Similarly, voting began for the lone Kanniyakumari Lok Sabha seat where bypoll is being held simultaneously.

A total of 3,998 candidates are in the fray seeking the 6.28 crore voters' favour to enter the Tamil Nadu Assembly.

With 77 contestants, the Karur Assembly seat sees the highest number of Assembly aspirants.

About 1.58 lakh security personnel have been deployed for security.