US wants to ramp up vax sharing: Blinken 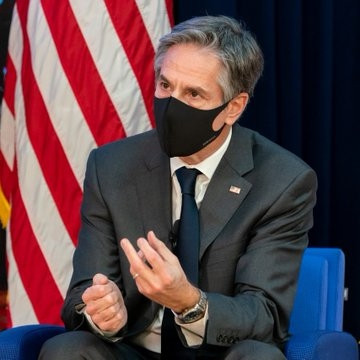 Washington, April 6 : The US is looking into how it can share more vaccine resources with other countries in future, Secretary of State Antony Blinken said.

"We believe that we'll be in a position to do much more on this front. I know that many countries are asking for the US to do more, some with growing desperation, because of the scope and scale of their Covid emergencies," dpa news agency quoted Blinken as saying on Monday.

"We hear you. And I promise we're moving as fast as possible," the Secretary of State added.

The US government has made it a priority to vaccinate its own population first, which has seen President Joe Biden accused of continuing the "America First" doctrine of his predecessor Donald Trump and of making it difficult for poorer countries to obtain vaccines.

More than 167 million vaccine doses have already been administered in the US.

According to the White House, more than 4 million jabs were given in a single day over the weekend.

Some 32.4 per cent of the country's population has already received at least one dose.

But Blinken made clear that the US administration knows a successful domestic vaccine campaign is not enough.

"This pandemic won't end at home until it ends worldwide," Blinken said.