'COVAX has shipped over 36mn doses to 86 nations' 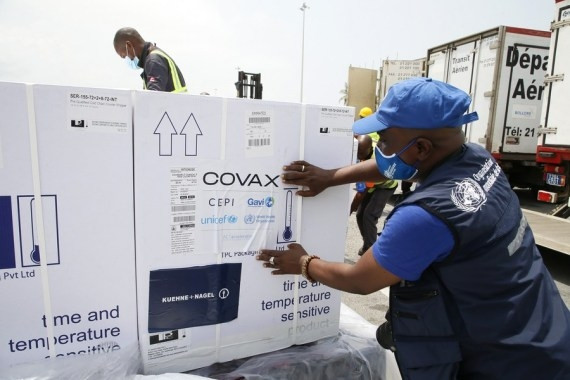 "Algeria received more than 36,000 doses over the weekend from COVAX. These doses will help accelerate the vaccination campaign already underway in the country," Xinhua news agency quoted Stephane Dujarric, spokesman for UN Secretary-General Antonio Guterres, as saying at a regular press briefing on Monday.

He cited Eric Overvest, UN Resident Coordinator in Algeria, as saying that "the new doses will help ensure that no one is left behind. Our teams on the ground have helped to train healthcare workers, sensitize people on vaccines, and supported the cold chain".

In Laos, the country has vaccinated more than 4,000 people, including frontline healthcare workers, with doses received from COVAX.

The UN team, led by the Resident Coordinator Sara Sekkenes Tollefsen, is supporting the country's vaccination campaign, which kicked off on April 2, according to the spokesman.

So far, the country has received more than 130,000 doses, with another 350,000 expected to arrive next month, Dujarric added.

"The goal is to vaccinate 20 per cent of the population, that's around 1.6 million people, this year.

"The UN team helped procure syringes and other materials, and we are also supporting efforts to ensure that people can continue access to healthcare services," he said.