At half way mark, Kerala nearing 50 per cent turnout 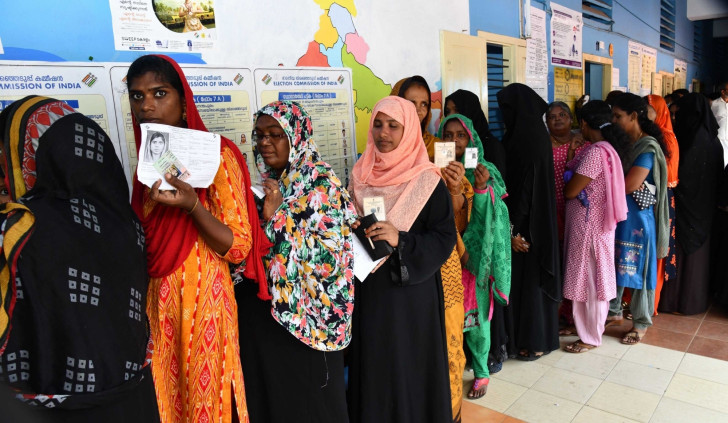 Thiruvananthapuram, April 6 If the signs of voting are any indication, at the half way mark on Tuesday, 50 per cent of the Kerala voters have already exercised their franchise.

And as things stand on Tuesday and given the pace at which the polls are taking place, it could well be an all time high if one compares the recent polls.

Thiruvananthapuram Lok Sabha member Shashi Tharoor opined that as things stand and given the good turnout, this could be good for the Congress-led UDF.

Popular comedian and losing Congress candidate in the 2016 assembly polls Jagdeesh who had campaigned for the UDF candidates in the present polls felt that the increased pace of voters queuing up to vote and the turnout reaching 50 per cent might be a good sign for the UDF.

"I doubt if the increased turnout is going to favour the Left as the general norm is an increased fervour means it's to vote out the ruling government. If the Left was to retain power, I doubt if this impressive turnout would have been there," said Jagdeesh.

Polling is taking place according to strict Covid protocols and while in the 2016 Assembly polls, 21,498 polling booths were there, this time due to the Covid pandemic the number of polling booths has been increased to 40,771.

The poll will end at 7 p.m. and the last hour has been kept aside for Covid positive patients and for those in quarantine.

In the outgoing Assembly (2016 polls) the LDF had 91 seats, the UDF 47, the NDA one seat and there was one independent MLA.