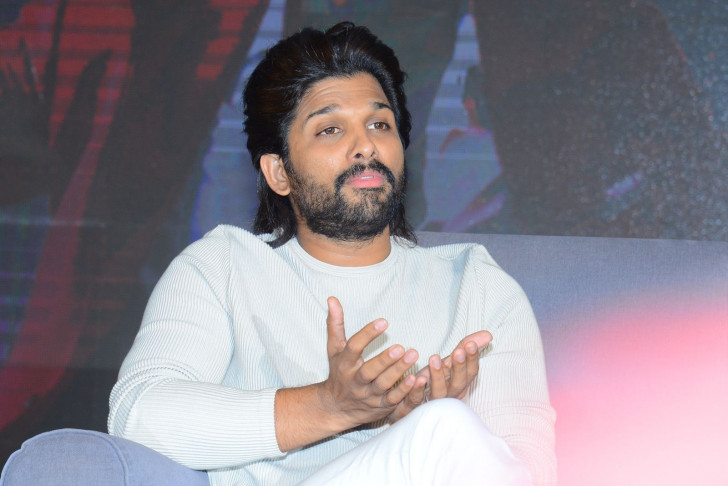 Hyderabad, April 8 : Allu Arjun feels the success of Telugu cinema has been possible due to the fact that fans across the country have showered love for films in the language.

The Telugu star was speaking at the announcement date event of his upcoming film "Puspa", which has been scheduled to release on August 13, in the Independence Day weekend. The event, which took place here on Wednesday, saw "Pushpa" director Sukumar release glimpses of Arjun's character Pushparaj.

The film pairs Arjun with Rashmika Mandanna for the first time, while this is the third time that Arjun has teamed up with director Sukumar. They earlier worked together in "Arya" and "Arya 2". Based on true events, "Pushpa" revolves around the red sanders heist in the hills of Andhra Pradesh.

"Having a cast of stars such as Allu Arjun, Rashmika Mandanna and Fahadh Faasil inspired us to make the reveal of the first glimpse of the movie a grand spectacle. We're thrilled to present viewers a miniature view into the world of Pushpa and we are grateful to have such a loving audience awaiting the release of the film," said producers Naveen Yerneni and Y. Ravi Shankar.