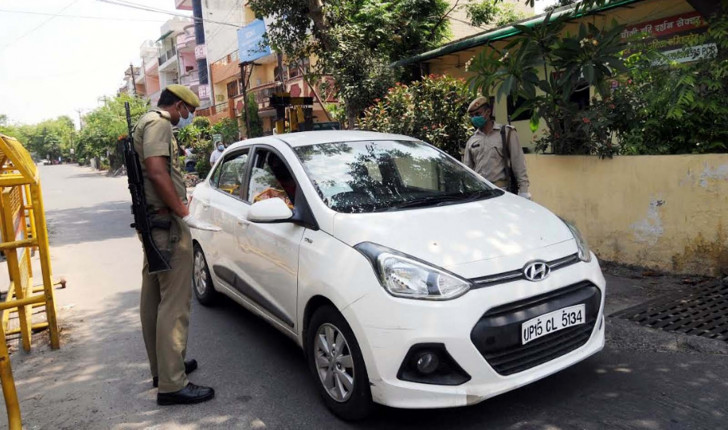 Lucknow, April 13 The bodies of a man and a woman were found inside a car parked in the Baniya Mohal locality in the high-security Cantonment police station area,

The bodies were found late on Monday night.

Senior police officials reached the spot for investigations after the Military Police patrolling the area spotted the car parked near the NCC mess.

Additional Deputy Commissioner of Police (ADCP), East, Qasim Abidi, who was at the spot told reporters, "The military policemen spotted the grey Tata Indica car and thought some persons were consuming alcohol in it. They tapped but got no response so they opened the door and saw a man with a gunshot wound on his forehead lying dead on the driver's seat. A woman was also lying dead on the other front seat with a bullet wound in her right side of chest."

Prima facie, it appears that the man shot the woman and then shot himself inside the car as he was holding a licensed revolver, the ADCP said.

He further said that the man had been identified as Sanjay Nigam of Sadar Bazaar area. He owned an eatery in the Cantonment area and had purchased the car from a retired army man Santosh Kumar.

Sanjay had separated with his wife who has been living in Indira Nagar with her son.

The dead woman in the car was identified as Asha Agarwal, 35.

"We are yet to establish how the two were related to each other," he said.

The forensic team also reached the spot and collected evidence and said there were no signs of struggle in the car.

"The car was on hand brake and its engine and lights were switched off. The mobile phone of Sanjay Nigam was on while that of Asha was switched off. Further probe is on," said ADCP Abidi.

A two-page suicide note was also found in the car in which Sanjay accuses a woman Anju of trying to forcefully take away his shop and held her solely responsible for his condition.

"The suicide note has been given to the forensic experts for analysis," said Abidi.