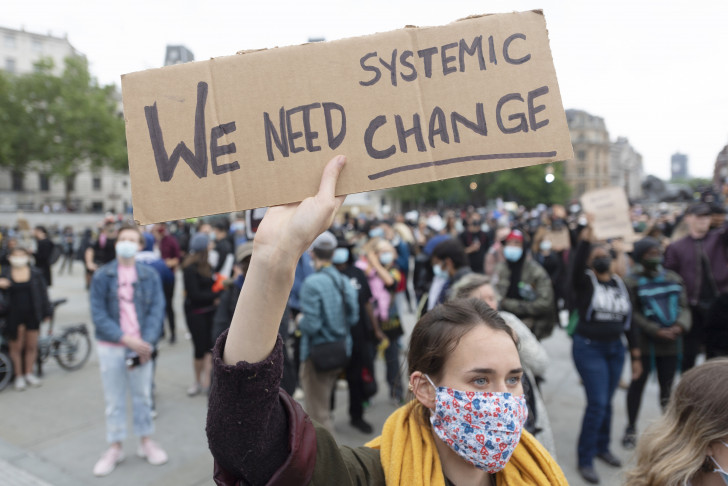 Washington, April 13
A police officer who fatally shot a 20-year-old African-American man in the US state of Minnesota used her gun by mistake instead of her taser, a police chief said on Monday.

"It is my belief that the officer had the intention to deploy their taser, but instead shot Wright with a single bullet," Brooklyn Center Police Chief Tim Gannon said of the death of Daunte Wright on Sunday afternoon in the city which is just a few miles away from Minneapolis, where the trial of former police officer Derek Chauvin over killing African-American last year is underway.

In the released body camera footage, three police officers approached Wright's car after pulling him over for expired license tags.

An officer pointed a gun at Wright as he grabbed the steering wheel, and then appeared to drop her handgun.

She could be heard saying "I just shot him".

Wright then drove a few blocks from the scene before he crashed into an oncoming vehicle and died at the scene, according to the police.

Gannon said on Monday that based on his experience and training, it seemed to be an "accidental discharge".

"We recognise that this couldn't have happened during a worse time," Brooklyn Center Mayor Mike Elliott said at a news conference on Monday.

"We are all collectively devastated and we have been for over a year now by the killing of George Floyd."

President Joe Biden reached out to Elliott on Monday to offer his support, the Mayor said in a tweet.

Brooklyn Center is a city of about 31,000, where most residents are people of colour.