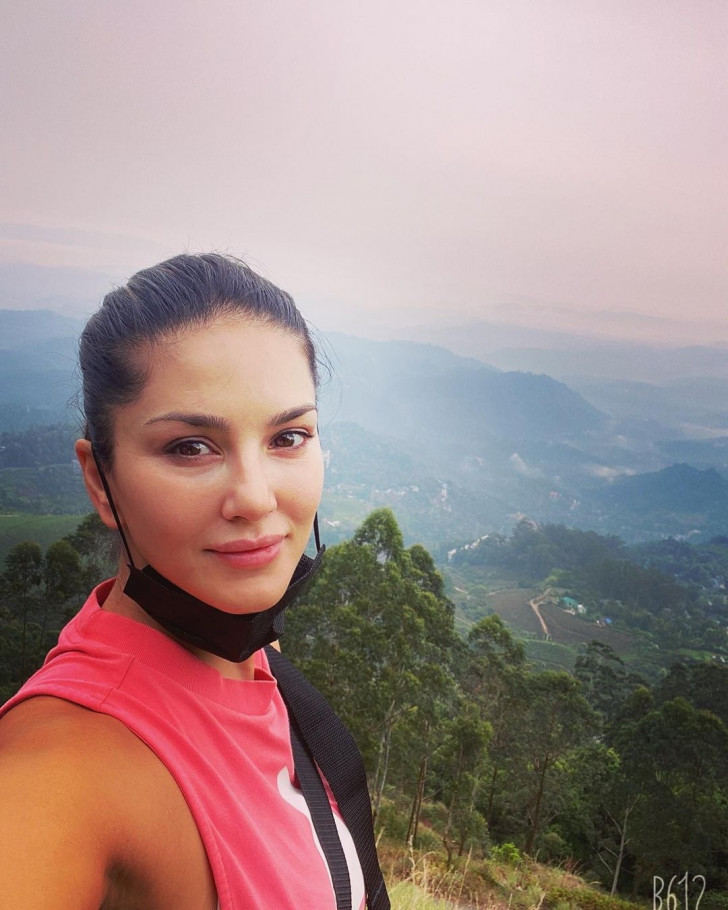 Sunny posted a picture on Instagram, where she is seen standing on a top of a hill. She is taking a selfie dressed in a pink coloured athleisure. The actress is sporting a no make-up look.

"Morning hike!!! The beauty of Kerala and fresh air!"A she captioned the picture.

Sunny has returned to Kerala to start the shoot of her upcoming film, the psychological thriller "Shero". She was in Kerala recently, to shoot for the reality TV show "MTV Splitsvilla".

"Shero" will be directed by Sreejith Vijayan and will be released in Tamil, Hindi, Telugu and Malayalam.

Sunny is all set to make her debut on the digital space with the fictional web show "Anamika", which is billed as a 'gun-fu' action thriller and is directed by Vikram Bhatt.