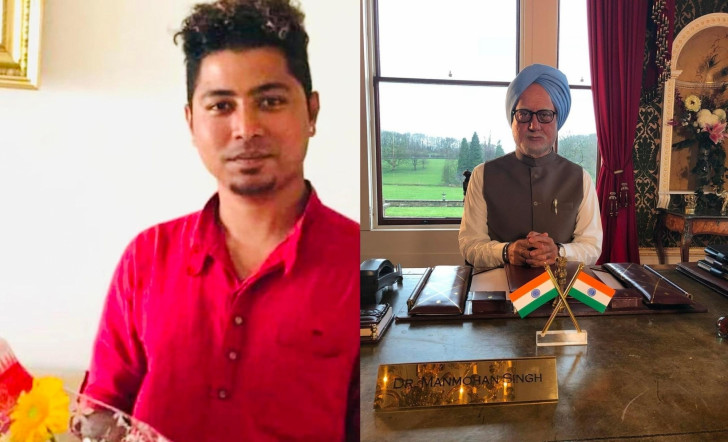 Mumbai, April 18
Veteran actor Anupam Kher on Sunday took to social media to mourn the demise of a 33-year-old makeup artist who did his makeup for the film The Accidental Prime Minister.

In the film, which released in January 2019, Kher had played the role of India's former Prime Minister Manmohan Singh. The actor mourned the sudden demise of makeup artist Pranay Deepak Sawant who did his makeup for the role.

Kher shared a video on Instagram where Pranay can be seen doing his makeup for the role and another video where he is walking down the stairs in the look of his character Manmohan Singh.

The actor wrote: "A good performance has many contributors!! Deeply deeply saddened to know about the sudden death of 33 year old makeup man #PranayDeepakSawant. He did my make up of #DrManmohanSingh in the movie #TheAccidentalPrimeMinister !! He was a genius! Always smiling! The 2nd video of me coming down the stairs was shot by him. His family must be devastated. My condolences to them and to the entire fraternity of hair and makeup artists! Om Shanti!!"

On the work front, Kher has started working on his next project titled "Moh Maya", helmed by Narayan Shi.