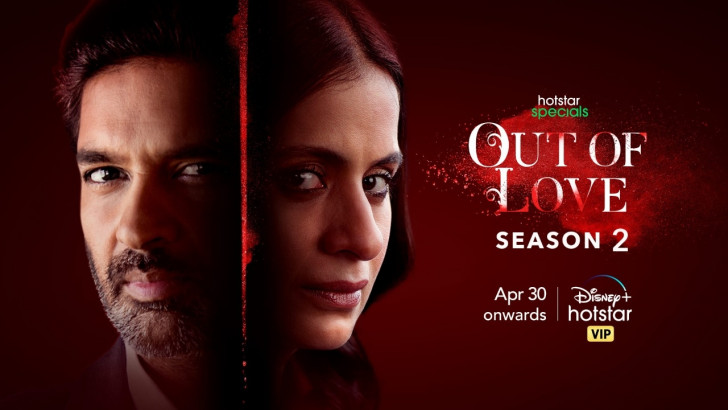 Mumbai, April 21
Actors Purab Kohli and Rasika Dugal are all set to reprise their roles as the estranged couple Akarsh and Meera in the second season of the revenge drama series "Out Of Love".

Directed by Oni Sen, the second season of "Out Of Love" promises a fastpaced and dark storyline.

"People deal with betrayal in different ways and this season dives into the feeling of revenge. For me it was an opportunity to explore Meera Kapoor further and delve into her unpredictability. I am eager to see how audiences respond to this season," said Rasika.

Purab added: "Season two of Out Of Love is psychological warfare. Manipulation is second nature to Akarsh's character and he is willing to go to any lengths in destroying Meera. The level of tension between the characters and intense moments fuelled by several plot twists will keep the viewers guessing till the very end."

The series, produced by BBC Studios India, has been shot across picturesque locales in Coonoor, Tamil Nadu.