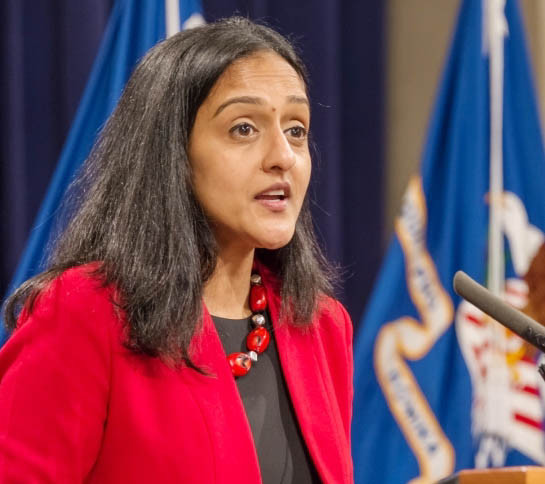 IMPACT congratulates Vanita Gupta on her historic confirmation as Associate Attorney General of the United States, the third-highest ranking position at the Department of Justice. She makes history becoming the first Indian American and first woman of color to hold the position.

“Vanita Gupta is the daughter of Indian immigrants who came to the U.S. with only eight dollars and a dream. She has become one of the foremost civil rights advocates in the country and will effectuate our highest ideals of justice as Associate Attorney General,” said Neil Makhija, Executive Director of IMPACT.

“We are deeply proud of Vanita Gupta, knowing that she will be a stalwart champion for all Americans and in particular communities that have been marginalized. At a time when we see assaults on our voting rights and a rise in hate crimes, our country needs a champion for civil rights like Vanita Gupta at the highest levels of the Justice Department.”

Born and raised in the Philadelphia area to Indian immigrants, Ms. Gupta received her BA from Yale and her JD from NYU and has had a long and illustrious career of fighting for civil rights. She started her legal career in the ACLU and then became an Assistant Attorney General for Civil Rights under President Obama.