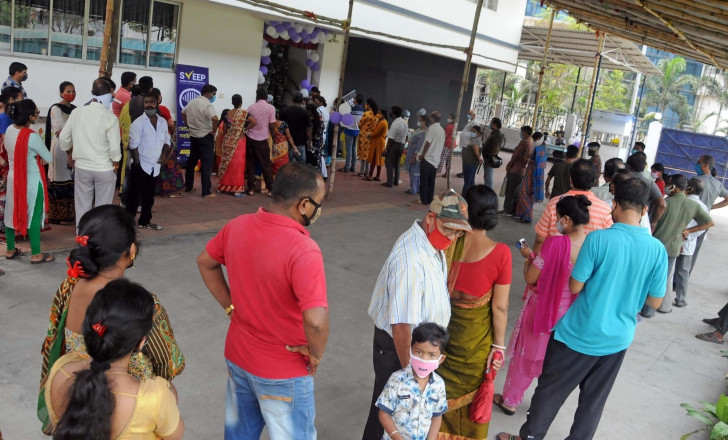 In the sixth phase elections are being held in 43 constituencies including 9 constituencies each in North Dinajpur and Nadia districts, 17 in North 24 Parganas and 8 in East Burdwan where 1,04,09,948 electorate will decide the fate of 306 candidates among which 27 are women.

If we analyse the 43 constituencies from the perspective of 2019 Lok Sabaha polls, TMC had a lead in 24 of the constituencies and the BJP had edge in 19 seats.

The Election Commission has tied up with Uber for free of cost ferrying of 80 plus and PWD voters to the polling booths to facilitate their voting in all the 17 ACs in North 24 Parganas. The Election Commission has deployed 26 general observers, 13 expenditure observers and 13 police observers for the 6th phase of polls. There will be webcasting facilities in 7,466 polling booths and micro-observers have been deployed in 20 per cent of the booths.

The Election Commission has deployed 779 companies of central forces for the sixth phase of the election with special emphasis in the Barrackpore Police Commissionerate area as it had witnessed sporadic violence during the 2019 Lok Sabha elections. A total of 107 companies of the central forces have been deployed only for Barrackpore Commissionerate - much higher than the average deployment all through the other constituencies.