What makes SARS-COV-2 a threat? 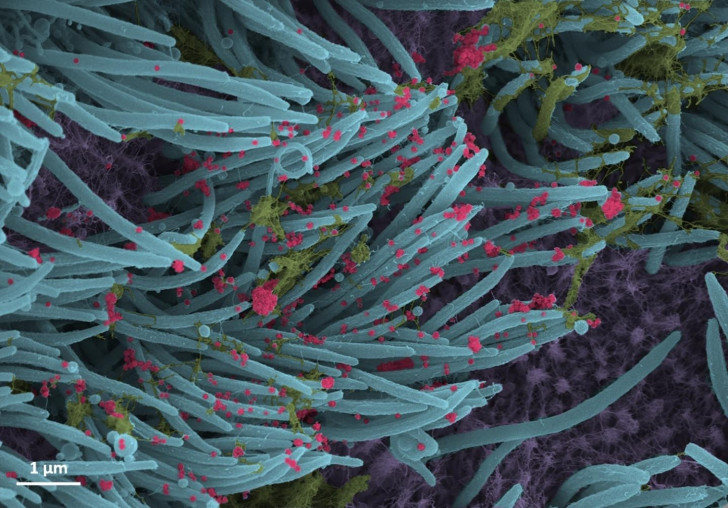 New York, April 22 : Researchers have found that the cell types, which the SARS-CoV-2 -- the virus behind Covid-19 -- infects, makes it more deadly.

The study, led by Jose Ordovas-Montanes, doctoral student at the Boston Children's Hospital, in the US, found that one of the body's main defences against viral infections may actually help the Covid to infect those very cells.

The findings, published by the journal Cell, will help focus efforts to understand what SARS-COV-2 does in the body, why some people are more susceptible, and how best to search for treatments, the researchers say.

In the study, the team turned to single-cell RNA sequencing, which identifies which of roughly 20,000 genes are "on" in individual cells. They found that only a tiny percentage of human respiratory and intestinal cells, often well below 10 per cent, make both ACE2 and TMPRSS2.

Further, the study discovered that the ACE2 gene, which encodes the receptor used by SARS-CoV-2 to enter human cells, is stimulated by interferon -- one of the body's main defences when it detects a virus. Interferon actually turned the ACE2 gene on at higher levels, potentially giving the virus new portals to get in.

Interferons, in fact, are being tested as a treatment for Covid-19. Would they help, or would they do more harm than good? That's not yet clear.

"It might be that in some patients, because of the timing or the dose, interferon can contain the virus, while in others, interferon promotes more infection," said Ordovas-Montanes.

"We want to better understand where the balance lies, and how we can maintain a productive antiviral response without producing more target cells for the virus to infect," Ordovas-Montanes noted

The findings may also raise new lines of inquiry around ACE inhibitors. These drugs are commonly used to treat hypertension, which has been linked to more severe Covid-19 disease.