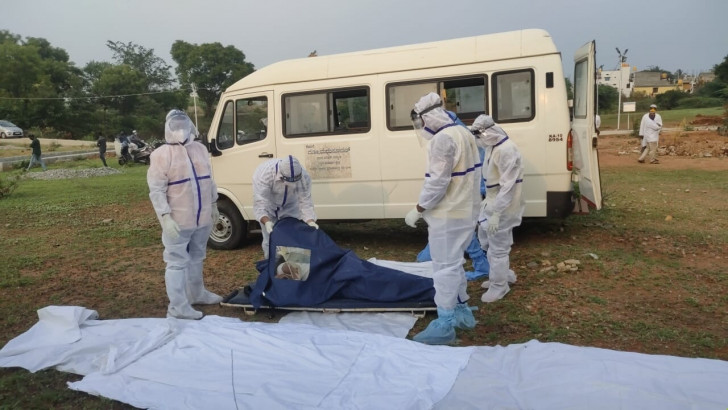 Bengaluru, May 4 The Congress on Monday demanded a judicial probe into the tragic incident of 24 patients dying in Karnataka's Chamarajanagar, allegedly due to lack of oxygen.

The incident was reported from the Chamarajnagar Institute of Medical Sciences (CIMS) early on Monday.

Leader of Opposition Siddaramaiah said: "This is gross negligence on the part of the state government and especially on the part of Chief Minister, B.S. Yediyurappa and Health Minister, K. Sudhakar. Hence, this entire tragic incident must be probed by judicial inquiry."

"Twenty-four persons' death in Chamarajanagar is nothing but a murder on the part government and both CM and Health Minister stand as accused number 1 and 2," he claimed.

Continuing its tirade, it said: "How many more must die for the 'system' to wake up? These deaths have occurred due to the negligence of the Yediyurappa government. The Health Minister must resign immediately. (Mr) Chief Minister Yediyurappa, do you take moral responsibility for these deaths?"

"The deaths of the infected did not occur because of the infection, they were 'Murdered by the Government', Chamarajanagar district in-charge Minister Suresh Kumar and state Health Minister, K. Sudhakar are directly responsible for the death of 24 infected people who died without oxygen in Chamarajanagar district. Both the ministers must resign immediately," the party demanded.

"Despite widespread complaints being made about oxygen shortages for many days, the government has not understood the seriousness of this situation. Health Minister Sudhakar, where are you?" the Congress asked.