Twitter suspends Kangana's a/c; actress says have many platforms to raise my voice 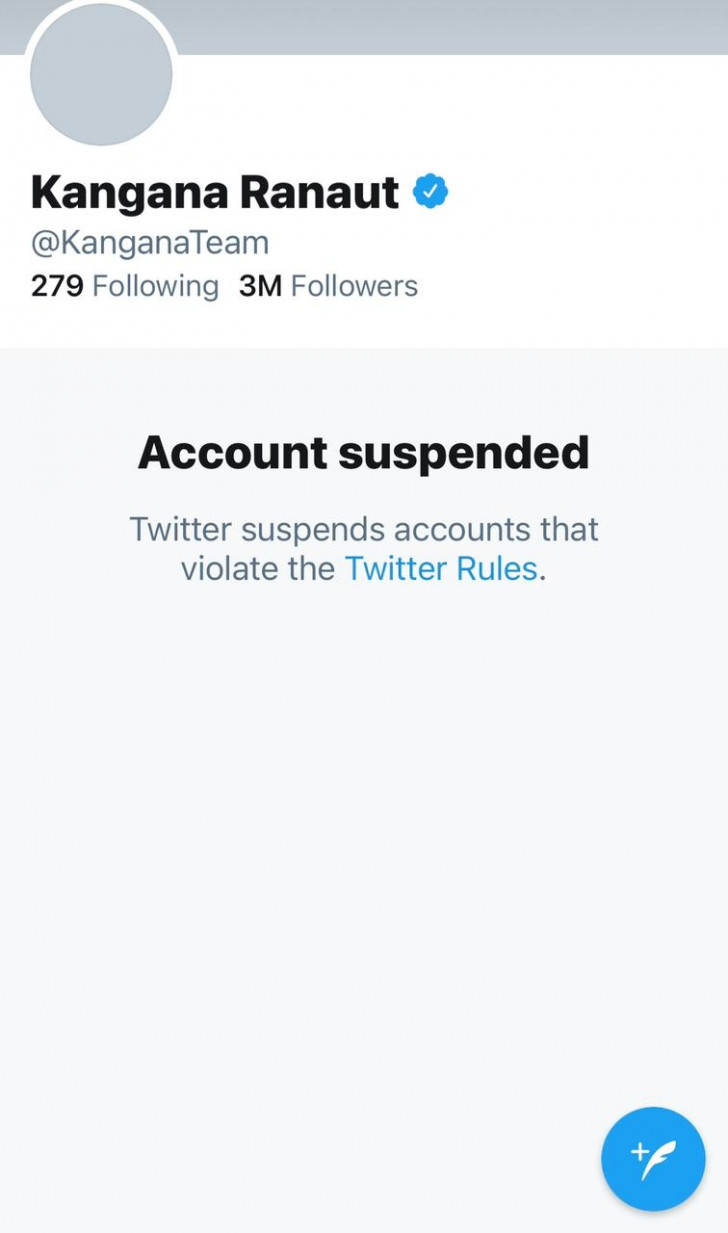 Mumbai, May 4
Kangana Ranauts handle @KanganaTeam has been suspended on Twitter, after the actress posted a series of tweets perceived to be controversial.

In reaction, the actress told IANS she had other platforms to raise her voice including her films.

Kangana had shared a video, where she commented on the reported violence that took place in West Bengal after the assembly election results were declared.

The actress had captioned the video: "Distressed beyond words, death of democracy, important message for our government #BengalBurning #BengalViolence"

When IANS reached out to Kangana, she said: "Twitter has only proved my point they are Americans and by birth a white person feels entitled to enslave a brown person, they want to tell you what to think, speak or do."

She added: "Fortunately, I have many platforms I can use to raise my voice including my own art in the form of cinema but my heart goes out to the people of this nation who have been tortured, enslaved and censored for thousands of years and still there is no end to the suffering."