After getting 2nd term, Pinarayi all set to bring back Kodiyeri Balakrishnan 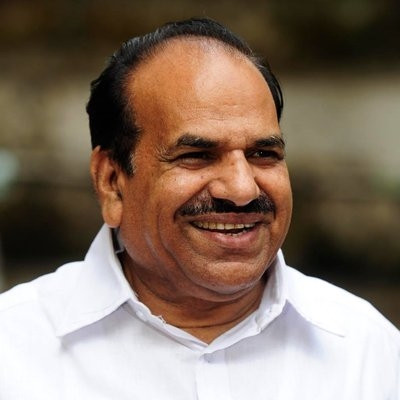 Thiruvananthapuram, May 4 After leading the CPI-M led Left Front to a resounding second successive term, Pinarayi Vijayan is now all set to bring back Kodiyeri Balakrishnan, who last year was given an 'honourable' exit by asking him to go on leave for his medical treatment, though the real reason was otherwise.

Balakrishnan has been facing the wrath of a section in his party and from other quarters, because of his two sons. His younger son Bineesh Kodiyeri was arrested by the Enforcement Directorate-Bengaluru unit, soon after his friend was picked up by the Narcotics Control Bureau.

On October 29, Bineesh was arrested and even now he is in a jail in Bengaluru. Balakrishnan's elder son Binoy Kodiyeri is also caught in a case and the final verdict from a court in Mumbai is yet to come after a woman from Bihar went to the court stating that her son's father is Binoy.

On account of these two serious issues, the CPI-M in November last year gave Balakrishnan leave as he was undergoing treatment for cancer, and brought in Left Democratic Front convenor A.Vijayaraghavan as acting Secretary of the party.

Incidentally, Vijayan and Balakrishnan both come from Kannur -- the cradle of the Communist movement and hence they have a very healthy relation.

In the CPI-M, all know that there exists a Kannur lobby and the rest are known as the non-Kannur lobby. All along it has been the Kannur lobby which has had the upper edge in the party when it comes to party posts and also when cabinet portfolios are distributed.

However, a dent has appeared in the Kannur lobby after the party decision that two-time MLAs cannot get a third term. Another Kannur strongman E.P.Jayarajan (State Industries Minister), who was the number two in the first Vijayan cabinet, has been sulking on account of this decision which came as a shocker to him.

A media critic said there has been an aberration in the Kannur lobby which took place after E.P.Jayarajan was denied the seat on the grounds of the new norm and another Kannur powerhouse P.Jayarajan, despite not falling under the norm was also denied.

"This caused heartburns in the rank and file also. But Vijayan played his game by holding the cards close to his chest and brought in M.V. Govindan, another top Kannur leader and he contested and won and is all set to get a key portfolio. It's here that Vijayan, who has stamped his authority will in all likelihood bring back Balakrishnan and it's expected to happen very soon," said the critic.

Incidentally, Balakrishnan became the CPI-M state secretary for the first time at the 21st state party conference held at Alappuzha in 2015, when he replaced Vijayan who was at the helm for a record 17 years.

In 2018, he was given a second term and on account of the Covid pandemic and the Assembly polls, the 23rd state party conference was postponed. And, now it's going to be held soon and according to sources, Balakrishnan, before the dates of the conference are announced, will return and take over as the Secretary. Sources say that it will be under him that the event will take place and in all likelihood, he will get a final term, as according to the rules of the party, none can stay beyond three terms.

So all these moves show that both the government and the party are firmly under the control of Vijayan and he will be the last word after the successful election.