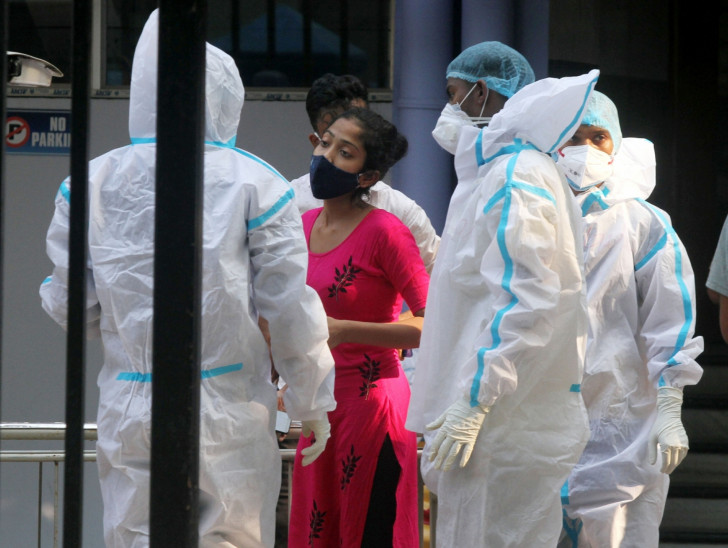 Kolkata, May 12 Two districts in West Bengal -- Kolkata and North 24 Parganas – have cumulatively reported more than 50 per cent of the total deaths caused by Covid-19 in the state since May 1, prompting the state government to consider taking additional measures for these two hotspots.

According to the state health department, of the 1,249 Covid deaths recorded in the state since May 1, North 24 Parganas and Kolkata alone account for as many as 674 fatalities.

While Kolkata reported 313 deaths, the adjacent North 24 Parganas district recorded a whopping 361 deaths in the last 11 days. The total number of deaths in these two districts is 51.9 percent of the state's toll.

According to the state health department officials, while Chief Minister Mamata Banerjee has already announced a series of measures to control the spread of the virus, the reality is something different.

After Trinamool Congress swept the Assembly polls on May 2, Banerjee took the oath as the Chief Minister for the third straight term on May 4 and announced a series of measures to check the spread of the virus the same day. However, the death toll too started to climb significantly from that day.

On May 2, the state had reported 92 deaths, which climbed to 107 on May 4 and kept increasing gradually from then onwards.

This significant rise in the death toll is certainly a cause of worry for the state government, which has been forced to think of taking additional measures for these two districts. Even the Centre has taken note of the rise in fatalities in these two districts.

"Kolkata is a cosmopolitan city and it is very difficult to control the movement of people there. Moreover, the density of population in the city is also very high and that is resulting in the rapid spread of the disease. We have also noticed that it has spread in North 24 Parganas, mostly in the urban areas which are close to Kolkata. The high-rises and the housing complexes are also an area of concern for the government," a senior government official said.

"We had success in the containment zones last time where a small portion with high concentration of the disease was cordoned off. This time also the government might think in that way," an official said.