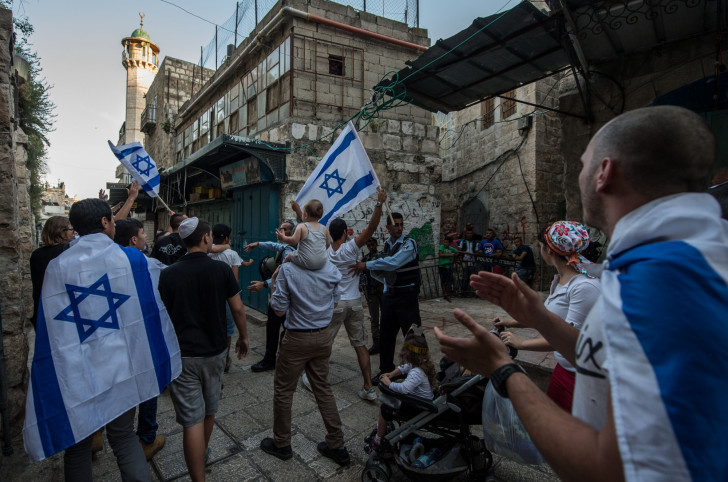 Israel has "deep pockets" and "they control media", Pakistan Foreign Minister Shah Mahmood Qureshi said during an interview on CNN. He vomited out these vile accusations while comfortably forgetting the fact that in his own country a significant number of senior journalists have been executed, while others including TV anchors and presenters are allegedly on the payroll of the Inter Services Public Relations, media and public relations wing of the Pakistan Armed Forces, and the ISI, the hateful secret service of the Pakistan military.

Why is he blinded to the fact the the Azad Kashmir Press Foundation controls the press in the Pakistan-occupied-Jammu and Kashmir (POJK) and media is under constant surveillance in Pakistan occupied Gilgit-Baltistan?

Qureshi continued with his anti-Semitic remarks accusing Israel of not engaging, not negotiating, and, of genocide, war crimes, and ethnic cleansing. Well, let us remind him that it is his government that refuses to engage with the Pashtun Tahafuz Movement (PTM), the Baloch freedom fighters and the Sindhi separatists. Let us also bring to his attention the fact that Pakistan has been occupying large chunks of Jammu and Kashmir since October 1947 and that of Gilgit-Baltistan since 1948. And what does he have to say about the ethnic cleansing of thousands of Hindus and Sikhs not only by massacring them in POJK in 1947 but also by conducting systematic forced conversation of the religious minorities into Islam to this day.

To launch a verbal attack on the only democracy in the Middle East, without uttering a word against terrorist Hamas, is in itself anti-Semitism, is it not? It is not only Pakistani establishment that runs its state on a diet of anti-Semitism and Hindu hate mongering, Turkey and Malaysia, too, never let go of an occasion to fool their populations by anti-Semitic speeches. However, they definitely do not consider it wrong to fill their own pockets

with Jewish money through trade with Israel.

Trade Between Turkey, Malaysia and Iran has always continued with discreet. Dozens of Israeli companies were allowed to work in Iran and in 2011, "The business relations (were) conducted through companies active in Turkey, Jordan and Dubai". Iranian officials secretly travel to Israel to seal deals to sell the Israelis pistachio, cashew nuts and mainly marble". Eran Siv, chairman of the Association of Renovation Contractors in Israel has himself admitted that marble "is mined on Iran's mountains and brought to Israel through Turkey". Not only that, Iran also did not hesitate to benefit from Israeli technology when in November 2000, they invited an Israeli company, for renovations of Tehran's sewage pipes! But Iran tells its population that Israel is their enemy number one, and that the Ayatollahs are determined to destroy the Jew state.

Malaysia is no different. This 'Muslim' country exported $289 worth of good to Israel in 2019. in 2013 it was reported that discreet trade between Malaysia and Israel was booming and the total trade volume has reached a whopping $1.5 billion almost double from 2012.

Turkey has seemingly been very angry at Israel recently and has publicly called upon the Muslim nations to support Hamas. President Recep Tayyip Erdogan's politics revolves around the idea that he is some kind of an avatar of the by-gone Ottoman empire. His rhetoric against Israel and anti-Semitic comments are no secret. Yet, total trade volume between Turkey and Israel stood at $1.4 billion when Erdogan came to power back in August 2014. Today, it has reached $6.5 billion!

Like India, Israel has never attacked any of her neighbouring country. But it has always been her neighbours who have been hatching conspiracies and plotting against the only democracy in their region.

The so called Islamic countries have used all sorts of undemocratic tactics and political manipulations to remain in power in their home countries. These tactics include to use heredity dynastic rule as a divine justification or as a collective of political clique of powerful usurpers. By striving to destroy Israel these Muslim ruling classes actually aim to destroy a living model of democracy that now exits in the front garden of middle eastern polity and that has taken root and become an organic symbol against dictatorships. And, it is in this light that Qureshi's anti-Semitic language should be seen.

(Amjad Ayub Mirza is an author and a Human Rights activist from Mirpur in POJK. He lives in exile in the UK. All views expressed are personal.)