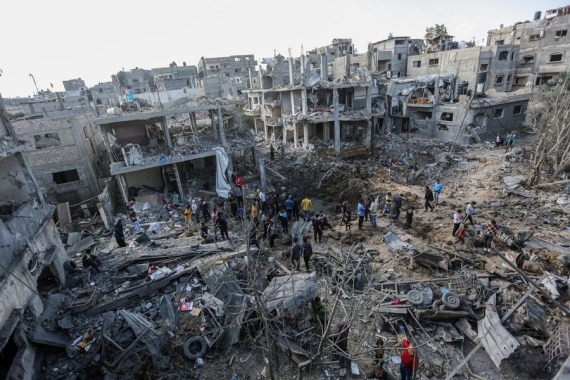 As the hostilities from Gaza have halted, we enter a very delicate and sensitive period in hope that the terrorist organisations in the coastal enclave will indeed honour the ceasefire, and stop the indiscriminate rocket attack against Israels civil population.

On Thursday night, Israel's Security Cabinet unanimously accepted the recommendation of all of the relevant security officials, the IDF Chief-of-Staff and the head of the ISA, as well as of the heads of the Mossad and the National Security Council, to accept the Egyptian initiative for a mutual ceasefire without pre-conditions. The security officials have briefed the Israeli Cabinet Ministers on Israel's significant achievements in the operation to date, some of which are unprecedented.

During operation "Guardian of the Walls", Israel was able to restore deterrence and bring about cease of hostility (quiet) quickly after the Palestinians provoked the current round of fighting. The ceasefire entered into effect on Friday night, and since, no hostilities have been recorded. However, the actual reality on the ground will determine the future and sustainability of this arrangement.

Hamas is embedded deeply in civilian areas and chose to target civilians while hiding behind civilians using them as human shields. Despite Hamas' blatant disregard for international law or its citizen's wellbeing, Israel did everything feasible in order to prevent, or at least minimize, harm to the Palestinian civilian population, often at the cost of operational advantage. In doing so, Israel employs precautions that exceed the requirements of international law, as well as the practices commonly employed by advanced militaries of other like-minded states. Fighting an enemy that deliberately abuses the Law of Armed Conflict in the most cynical way, raises grave challenges for Israeli soldiers. Nevertheless, Israeli commanders strictly apply international law, including the principle of proportionality, in every military action.

One must not ignore the question of who put Gazan civilians in danger in the first place. Hamas pays no price for its war crimes against its own civilians and, indeed, often it is Israel that is wrongfully blamed. This situation provides an incentive to Hamas to continue with its heinous practices.

Make no mistake, the moral responsibility for this deterioration, and for those harmed on both sides, falls entirely on Hamas and the terrorist organizations in Gaza. The rocket fire and terrorist activities against Israeli civilians must be unequivocally condemned by the international community, while recognizing Israel's right to protect its citizens, and working with the Palestinian Authority to immediately stop the incitement and violence.

Hopefully this will be the last cycle of violence initiated by the terrorist organizations from Gaza as their efforts should be directed at providing a better environment for the people of Gaza.

For now, we pray for peace and security in our region.

(Zadka is the Consul General of Israel to South India. All views expressed are personal.)