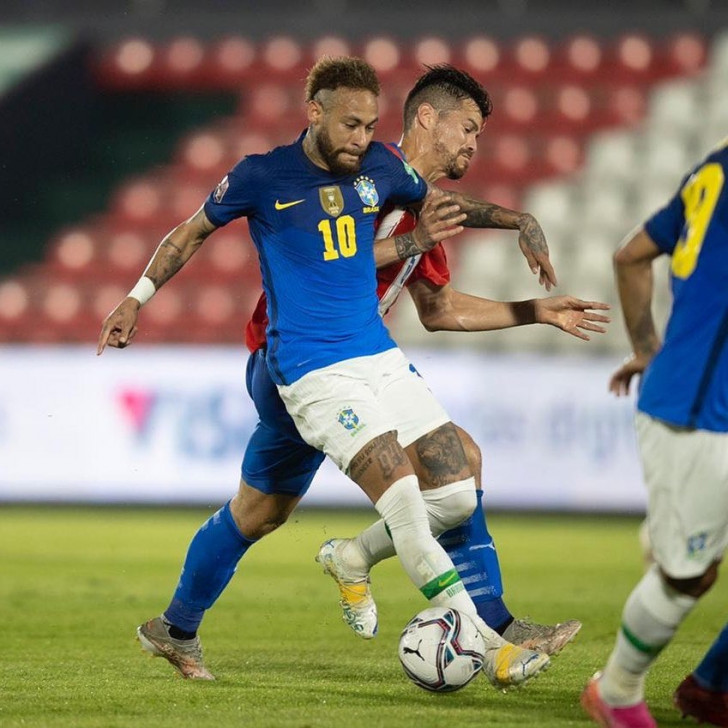 Asuncion (Paraguay), June 10: Neymar scored one goal and set up another as Brazil continued their perfect start to the South American 2022 World Cup qualifiers with a 2-0 win over Paraguay here.

Neymar gave the visitors the lead in the fourth minute when he took a touch to control a Gabriel Jesus cross before rifling a shot into the bottom left corner on Tuesday.

Lucas Paqueta, who replaced Manchester United midfielder Fred at halftime, put the result beyond doubt in the 93rd minute by latching onto Neymar's through ball with a first-time effort that rebounded in off the post.

Brazil now have six wins from as many matches and hold a six-point lead over second-placed Argentina in the 10-team South American group. Paraguay fell to sixth, 11 points off the pace.

In other South American qualifiers on Tuesday, Bolivia held Chile to a 1-1 draw in Santiago, Colombia and Argentina drew 2-2 in Barranquilla, Peru beat Ecuador 2-1 in Quito while Venezuela and Uruguay played out a goalless draw in Caracas.