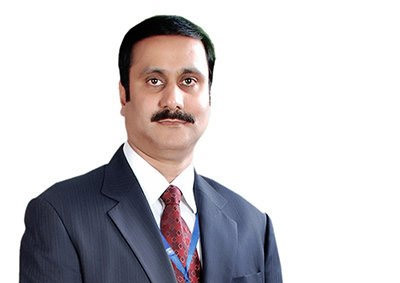 Ramadoss said that it is a move that is against the basic principles of the DMK, which had even brought out an election manifesto before the 2016 Assembly elections, advocating total prohibition in the state.

The PMK leader also said that if the DMK government under Chief Minister M.K. Stalin moves ahead with this proposal, the PMK would be forced to hold a slew of agitations against the state government.

In a letter to the state government on Thursday, Ramadoss said that this step would lead the opening of standalone bars even in the residential areas, which would create a major issue for the women and children.

Stating that this may become a serious law and order problem for the state government, the PMK leader demanded the DMK government not to go ahead with the proposal.

It may be noted that the Tamil Nadu government has conducted a series of meetings with Tamil Nadu State Marketing Corporation Limited (TASMAC) officials to elicit their views to shut down bars attached to the TASMAC liquor shops and instead open new standalone bars.

The proposed move, according to the senior officials privy to the meeting, is aimed at increasing the revenue share from liquor sale in order to support the state's economy which is reeling under the impact of the Covid pandemic.

Tamil Nadu already has several private bars functioning throughout the state, but they are all attached to hotel rooms as per the Tamil Nadu liquor licence rules.

The standalone bars, if opened, are likely to increase the state government's liquor sales revenue share by more than three times.

A senior TASMAC official told IANS on condition of anonymity that a similar proposal was raised during the previous AIADMK regime, but it failed to take off owing to several reasons.

The state president of TASMAC employees' union affiliated to the AITUC, N. Periyaswami, told IANS, "We have been demanding for the past several years that the state government should shut down all TASMAC bars attached to liquor outlets and allow standalone bars. Several bars attached to TASMAC outlets have become hubs of various other violations and they are getting away owing to the political clout of the people running these outlets."

However, the Swadeshi Jagaran Manch (SJM) in Tamil Nadu is against the proposed move to allow standalone bars.

The joint secretary of the state unit of SJM, Mahesh Krisnhamoorty, told IANS, "Private standalone bars would create law and order problems in the state. SJM has always been against promoting liquor and now the DMK government is planning a free-flow of alcohol, which would lead to major anarchy in the state."