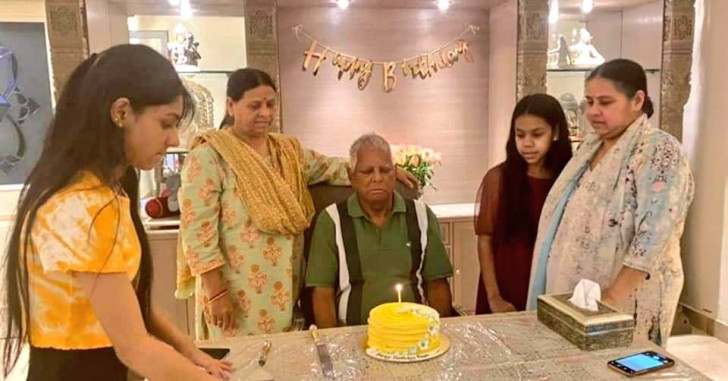 A blood donation camp was organised in the RJD office on the occasion, while party workers held food programmes for the poor and the deprived.

In the pictures shared, Misa and Rabri are seen feeding cake to Lalu Prasad.

There were several posters put up by RJD workers on the streets of Patna wishing Lalu Prasad on his birthday.