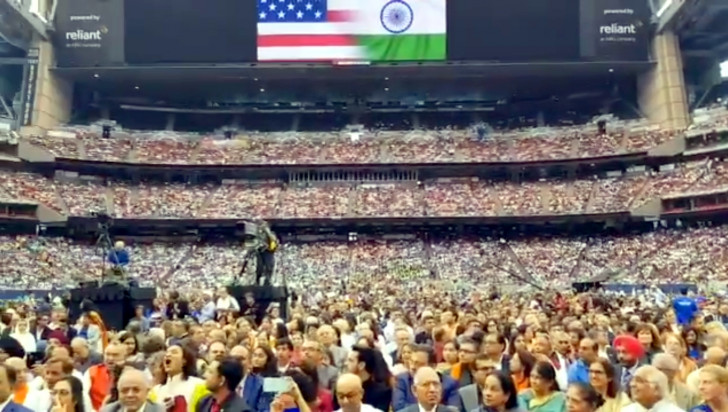 New York, June 11
While the Bharatiya Janata Party (BJP) is the most popular Indian political party among the Indian diaspora in the US, a majority is critical of government policies despite showing overall strong support for the country, according to a study.

Thirty-two per cent of Indian-Americans surveyed said they identified closely with the BJP and only 12 per cent with the Congress Party, the study reported.

But 40 per cent of those in the survey said they did not feel close to any Indian political party.

Overall, however, those closely identifying with a party other than the BJP is 28 per cent, if the supporters of the Congress and other smaller parties are added up, according to the 2020 Indian American Attitudes Survey (IAAS) published by the Carnegie Endowment for International Peace in association with Johns Hopkins University and University of Pennsylvania.

The survey of 1,200 Indian-Americans -- a broad category in the study covering both US citizens as well as non-citizens -- was conducted in September last year by YouGov and the analysis by a group of experts was published on Wednesday.

According to US Census Community Survey there are 4.2 million Indian-Americans, the study said.

Of them, 2.6 million are US citizens, 1.2 million born in the US and 1.4 who took up citizenship after immigrating, and 42 per cent of them have Overseas Citizenship of India, the study said.

The study said that more than three-quarters of Indian Americans place a high value on their 'Indian-ness'.

Seventy-five per cent of Indian-Americans said that they were "pro-India", but their attitudes to the Indian government varied sharply with 58 per cent critical of the government to some degree.

According to the survey, 49 per cent of Indian-Americans rated Prime Minister Narendra Modi's performance favourably, with 35 per cent giving strong approval.

But 31 per cent disapproved of his record, with 22 per cent expressing strong disapproval.

Evaluating how warmly the survey participants rated Indian organisations and leaders, the study came up with a "mean thermometer rating" based on a scale of favourable attitudes (not percentages) reported.

Among Republican Indian-Americans, Modi received a higher "thermometer rating" 71, versus 55 among Democrats, while Gandhi got more warmth from Democrats with a 42 rating but 31 among Republicans, the study said.

US President Joe Biden and his Democratic Party get a rating of 64, while Vice President Kamala Harris, who is of Indian-American descent, gets 63.

The study noted that overall the "thermometer rating" for the Republican Party at 42 and for former President Donald Trump at 37 nearly parallel the ratings for the Congress Party and Gandhi.

The survey found "striking" occupational differences in the support for Modi: 61 per cent of engineers and computer scientists back him, while the support falls to 48 per cent among others.

In contrast to the attitudes to Modi personally, more Indian-Americans, 39 per cent, believe that India is on the wrong track, while 36 per cent said it is on the right track, according to the study.

US-born Indian-American immigrants showed a more negative view of India, with 44 per cent saying it was on the wrong track, while 26 per cent who were immigrants shared the view.

But the study found a big contrast in the attitude to the US in the survey conducted before the US elections, and the current COVID-19 surge: 67 per cent reported that the US is on the wrong track, while just 33 per cent believed it is on the right track.

Corruption was ranked by the Indian-Americans surveyed as the top problem for India with 18 per cent listing it and the economy came next with 15 per cent naming it.

Ten per cent ranked "religious majoritarianism" as the country's most important challenge, according to the study.

Terrorism and China were each ranked as the top issue by seven per cent of the respondents.

Indian-Americans showed a liberal bent on many issues.

A majority of Indian-Americans surveyed, 69 per cent, said they opposed the use of sedition and defamation laws to silence reporters critical of Modi.

The National Register of Citizens, which is to identify "non-citizens", was opposed by 55 per cent of the respondents.

Support for and opposition to the Citizenship Amendment Act, which prioritises citizenship for Hindus, Christians, Buddhists and Sikhs fleeing persecution in neighbouring Islamic or Muslim majority countries, was almost evenly divided, with 51 per cent of those surveyed opposing it and 49 per cent supporting it.

But 65 per cent opposed the use of police force against those peacefully protesting the law.

Nearly half the Indian-Americans surveyed said that they had suffered discrimination in the previous year, but there was a contrast between the first generation and second generations.

Among Indian-Americans who had immigrated to the US, 59 per cent said that they had not faced discrimination, but only 36 per cent born in the US denied running up against discrimination in the past year.

Explaining the difference, the study said: "There are a host of plausible reasons why US-born Indian Americans might report greater discrimination, including differences in social norms, greater awareness of discriminatory practices, or less fear of retaliation."

In a snapshot of the community, the study said that the highest percentage of those surveyed, 14 per cent, claimed Gujarat as their home state in India; Maharashtra followed with 12 per cent, (undivided) Andhra Pradesh at 10 per cent and Tamil Nadu at 9 per cent.

Hindi at 19 per cent is the most popular language followed by Gujarati at 14 per cent, Telugu at 10 per cent, Tamil at 9 per cent and Bengali and Punjabi at 7 per cent each.

Of those surveyed, 54 per cent are Hindus, 9 per cent religiously unaffiliated, 3 per cent atheists, 4 per cent agnostics, 13 per cent Muslims and 11 per cent Christians.

Of those over 25 years, 79 per cent have a college degree and 40 per cent have post-graduate degrees. Fifty-two per cent of them completed their education in the US.