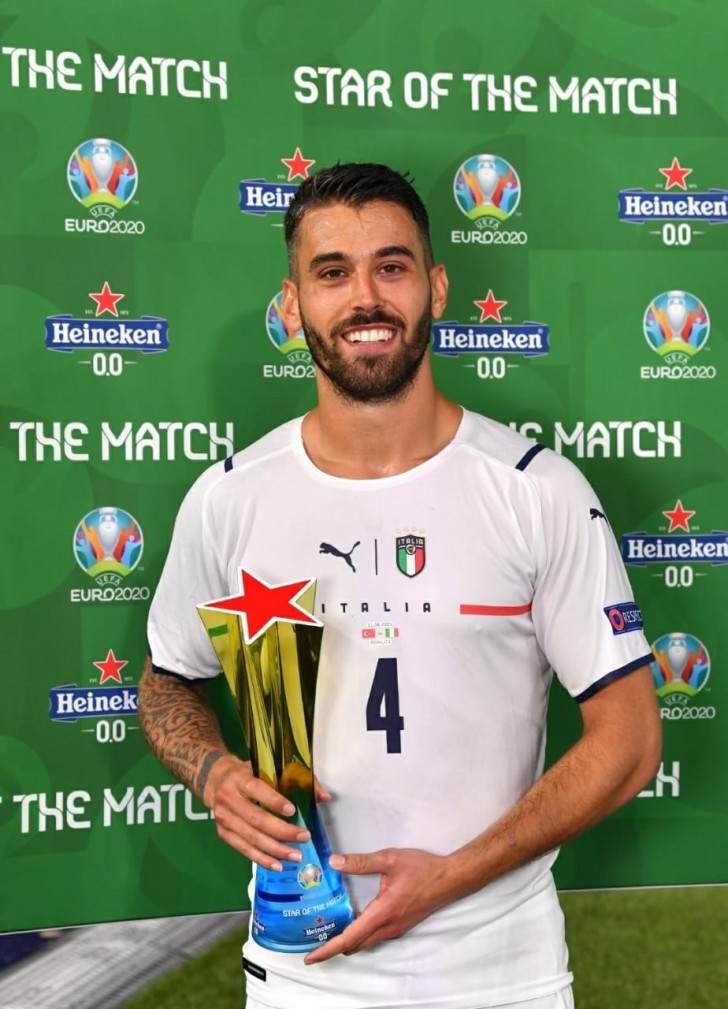 Rome, June 12 : Italy scored their biggest win in European football championship with a 3-0 win over Turkey in the tournament opener.

The Euro 2020, which was postponed last year due to Covid-19 pandemic, is being played in 11 venues.

The Italians, who have won the title only once before -- in 1968 -- and finished runners-up twice, endured a goalless first half as they lacked finishing touches.

Turkish goalkeeper Ugurcan Cakir parried a powerful header from Giorgio Chiellini as the teams went into break with scores at 0-0.

However, eight minutes after restart, Italy found the net through an own goal.

Forward Domenico Berardi hammered in a low cross which deflected off Turkish centre-back Merih Demiral's body and went into the net.

Then striker Ciro Immobile pounced on a loose ball and fired it past goalkeeper Ugurcan in the 66th minute to make it 2-0.

Lorenzo Insigne scored Italy's third goal in the 79th minute as Turkey proved no match for the Italians in the second half.

This was the Azzurri's 28th unbeaten match (23 wins and five draws), their streak going back to September 2018.

"We showed patience in the first half. Turkey are a strong side. We tried to tire them out, moving the ball left and right and trying to spread them," said forward Immobile.

"Unfortunately, we struggled to break their wall. After the goal they had to open up some space, so that's when our quality emerged. I want to thank my mother for giving me the sense of how to be in the right place at the right time."