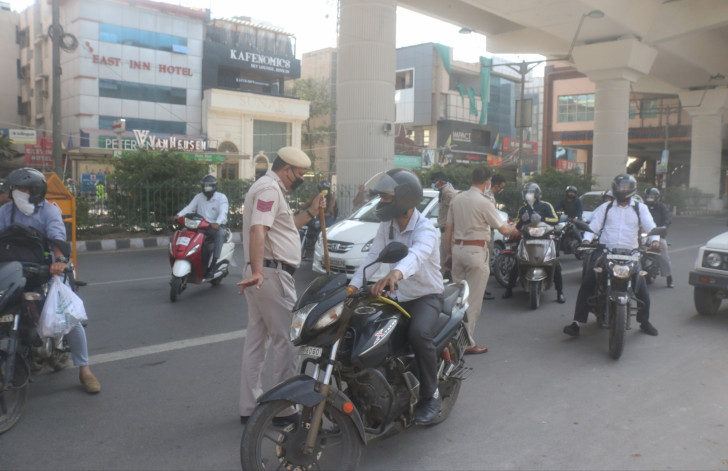 Thiruvananthapuram, June 12 Strange are the ways the Kerala Police behaves and by now on account of the strict lockdown several complaints against them have come up. But eyebrows were raised when Paripally police near Kollam fined an auto driver Rs 2,000, when he ventured out to relieve himself.

Though the incident occurred on June 2, it surfaced on Saturday and has left many sympathising with the hapless auto driver.

Recalling the incident, the auto driver, who lives in the vicinity of the Paripally police station soon after he got up wanted to relieve himself, but since he had no toilet in his home, he got into his auto to the nearby petrol filling station which has a public toilet.

But things went bad for him, when he was stopped by the Paripally police station and despite saying his urgent need, the police official said since he does not have a self declaration it's a violation and has to pay the fine.

"I pleaded that I am going to relieve myself but it fell in deaf ears and since I had no self declaration written out, I was fined Rs 2,000. Since I had no money, I had to park my vehicle in the police station. After two days with great difficulty I managed to get Rs 2,000 and paid the fine and I took my vehicle. Felt really sad and disappointed the way they behaved to me," said the auto driver, who is finding it extremely difficult to make both ends meet.

On an average the Kerala Police is making around Rs 20 lakh by way of fines collected from violators which include for not wearing masks and also going out with vehicles without a valid reason.