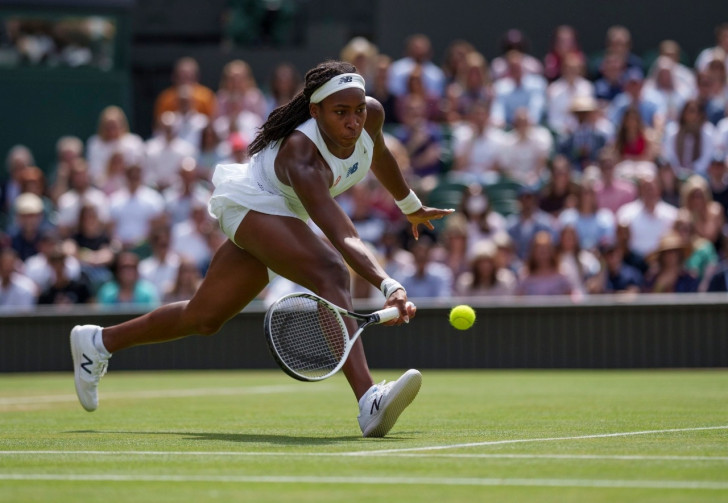 Tokyo, July 19 : Teenage American tennis star Coco Gauff, ranked 25th in the world, has tested positive for Covid-19 and will not be competing at the Tokyo Olympics, beginning July 23.

The 17-year-old, who has been among the top movers on the WTA rakings list this year after reaching the French Open quarterfinals and Wimbledon fourth round, posted a message on twitter late on Sunday that, she is disappointed at not being able to compete at the Olympics.

Coco was to compete in women's singles and partner Nicole Melichar in women's doubles at the Olympics. The mixed doubles team was to be named later in Tokyo.

"I am so disappointed to share the news that I have tested positive for COVID and won't e able to play in the Olympic Games in Tokyo. It has always been a dream of mine to represent the USA at the Olympics, and I hope there will be many more chances for me to make this come true in the future," wrote Coco.

"I want to wish TEAM USA best of luck and a safe games for every Olympian and the entire Olympic family."

Coco was scheduled to lead the 12-member US tennis team into the Olympics, which would have marked the first Olympics in 25 years without Serena and Venus Williams.

The other members in the US team include Jennifer Brady, Jessica Pegula and Alison Riske in women's singles, Tommy Paul, Frances Tiafoe, Tennys Sandgren and Marcos Giron in men's singles.

The other members of the team are Bethanie Mattek-Sands, Rajeev Ram and Austin Krajicek.

The US has won 39 medals, a record 21 of them gold, in Olympic tennis, led by the Williams sisters, who each have four gold medals since making their Olympic debuts in 2000. They won three gold medals together, with Serena winning singles gold in 2012 and Venus winning singles gold in 2000 and mixed doubles silver with Ram in 2016. That makes Venus Williams the most decorated Olympic tennis player.