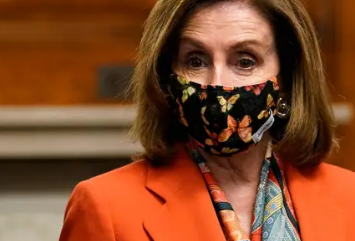 Washington DC [US], July 21 (ANI)
A White House staffer and a senior communications aide to House Speaker Nancy Pelosi have tested positive for COVID-19 after being fully vaccinated. Pelosi's aide received the diagnosis after coming in contact with members of the Texas Legislature last week, the speaker's spokesman, Drew Hammill, said. The aide "has had no contact with the speaker since exposure," Hammill said.
White House Press Secretary Jen Psaki said at a press briefing on Tuesday that the White House aide has "mild symptoms." She informed that the White House staffer and aide had been fully vaccinated.
Psaki further confirmed that instances of vaccinated staffers testing positive for COVID-19 have occurred beyond the one staffer. Psaki said those cases had not been disclosed because in "an agreement that we made during the transition to be transparent and make information available, we committed that we would release information proactively if it is commissioned officers."
The White House official was reported to have contracted the disease after attending a rooftop reception for Democratic lawmakers from Texas who are lobbying for action on voting rights in Washington.
Those instances were not apparently related to the breakthrough infection of the White House staffer who met with the delegation of Texas Democrats, several of whom have confirmed that they have tested positive for COVID-19 since arriving in DC last week.