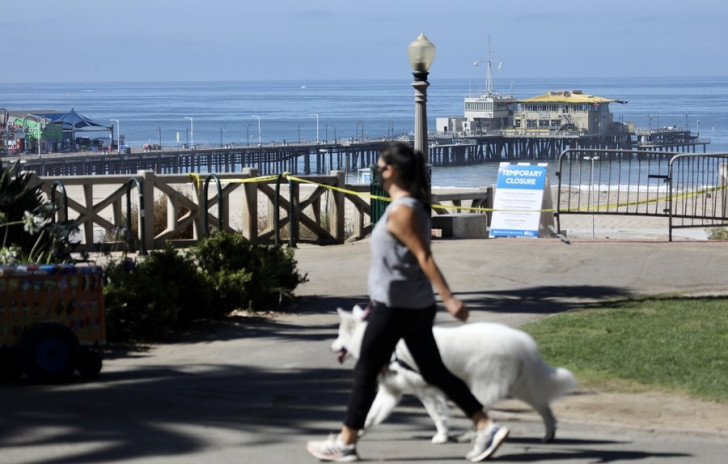 Los Angeles, July 24 : Los Angeles County, the most populous in the US, reported 3,058 new Covid-19 cases in the last 24 hours, the highest single-day spike since February 13.

In a statement on Friday, the Los Angeles County Department of Public Health said that it was the third day in a row with more than 2,500 daily cases, reports Xinhua news agency.

With the new spike, the county's overall infection tally currently stood at 1,279,171.

Over the last four days, more than 10,000 cases were reported in the county, home to over 10 million residents.

As of Friday, 655 Covid-19 patients are hospitalised in the county, while the test positivity rate is 5.2 per cent, an increase from 4 per cent seven days ago, according to the department.

Health officials urged residents to get vaccinated amid the Delta variant surge in the county, warning non-vaccinated people are becoming infected at a rate 2.7 times that just one month ago.

"If we didn't have 5.3 million people fully vaccinated in LA County, we would probably be seeing almost double the number of cases today," Barbara Ferrer, the county's director of public health, was quoted as saying in the statement.

The local health department also reported seven new deaths in the same 24 hour-period, which took the overall fatality toll to 24,614.

Official data showed that of the nearly 10.3 million county residents, including those who are not yet eligible for the vaccine, 52 per cent were fully vaccinated and 59 per cent had received at least one dose.