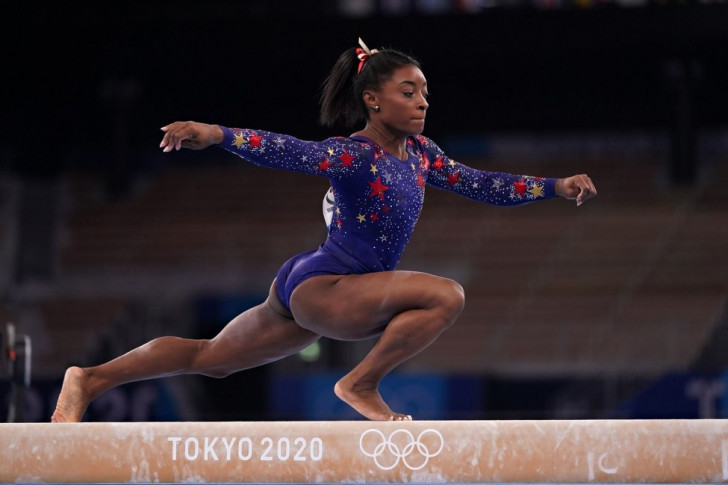 The move means that the 24-year-old will return to competitions after a week due to mental health concerns, especially the 'twisties'. Simone, the reigning world champion on the balance beam, had won the bronze in the event during the 2016 Rio Olympics.

"We are so excited to confirm that you will see two U.S. athletes in the balance beam final tomorrow - Suni Lee AND Simone Biles!! Can't wait to watch you both!" said the USA Gymnastics through a tweet on Monday.

Arriving for the Tokyo Olympics, Simone was looking to defend her four gold medals from the 2016 Rio Olympics. But after being unable to do two-and-a-half twists on vault during the first rotation of the women's team final last week on Tuesday, she withdrew from the competition in order to protect her mental health.

In her absence, the USA was unable to defend its gold from the 2016 Olympics and settled for silver behind the gold medal winning team, the Russian Olympic Committee (ROC).

Simone had later said that she would make a decision on her participation in each event by every day. Later, she proceeded to withdraw from the individual all-around, vault, uneven bars and floor exercise finals.

She tried to explain what was happening with her, with regards to the 'twisties', a mental block for gymnasts where the mind and body are not in rhythm.

"For anyone saying I quit, I didn't quit, my mind and body are simply not in sync as you can see here," she wrote on her Instagram stories. "I don't think you realise how dangerous this is on a hard/competition surface."

She added that the twisties used to affect vault and floor exercise routines, but has extended to skills on all apparatuses.

On competition days, she has been cheering on her team-mates Sunisa Lee, who won the gold medal in all-around event and MyKayla Skinner, who replaced her in vault and took the silver medal.

Now Simone, the winner of four gold medals at 2016 Rio Olympics, has the chance to claim her first gold in Tokyo.