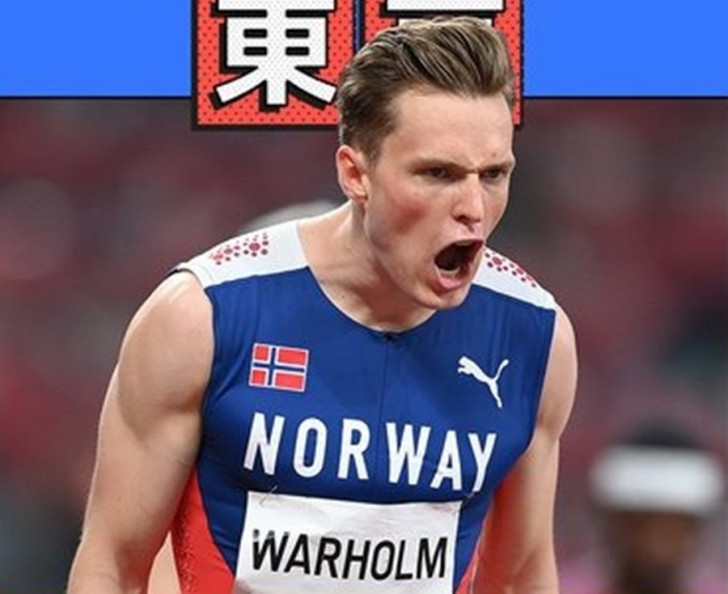 Tokyo, Aug 3 : Norway's Karsten Warholm won the men's 400m hurdles final here on Tuesday at the Tokyo Olympics, slicing off a sensational .76 seconds off his own world record.

Coming into the race as the favourite after breaking the 29-year-old world record of Kevin Young a month ago, Warholm crossed the finishing line first in 45.94 seconds, slicing a huge chunk from his previous mark of 46.70.

Rai Benjamin of the United States won the silver in 46.17 and Alison dos Santos of Brazil took bronze in 46.72.

Warholm was off the blocks very, very quickly and got into the lead early, blazing away, gliding over the hurdles effortlessly.

American rival Rai Benjamin came up strongly over the stretch and caught up with the Norwegian. But just when it looked like he will fade away, Warholm tapped into some hidden source of energy in his body and raced pulled away to smash the world record.

Benjamin completed his run in 46.17 and would have taken half a second off the previous world record.

Not weighed down by pressure, says Verstappen ahead of Sochi race