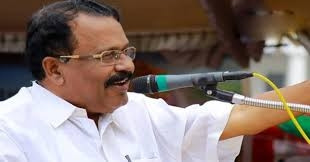 Speaking to the reporters after submitting the petition to Pillai, state AAP convenor Rahul Mahambre said that Sawant's levelling the blame on parents of two minor rape victim's last week would embolden rapists.

"The CM's comments in the Assembly are shocking and embolden rapists and those who commit atrocities on women. We placed this grievance before the Governor," Mahambre said.

Last week, during the Assembly's Monsoon Session, Sawant during a discussion had said that parents should introspect why their minor wards are allowed to spend time on beaches after dark.

"Ten children went for a party on the beach. Out of the 10, six returned home. The remaining four, including two boys and two girls, stayed on the beach the whole night. When a 14-year old girl spends the night on the beach, the parents too have to introspect, they too should be taking care," Sawant had said. The comment came on the heels of rape of two minor children on a South Goa beach.

"The CM who is the head of the state in the Assembly and has executive powers, he has to make a right statement. But he chose to blame the girl child and parents for atrocities. If a woman steps out to a pharmacy to buy medicines or there is some emergency then will you blame her too because she has stepped out to the pharmacy at night?" Mahambre told reporters.

The AAP leader also said that the Goa State Women's Commission should have taken suo motu action against the Chief Minister for his insensitive comments.

"Why is the Commission silent. Is it already defunct? They should have taken suo motu action against the CM's statement which is against women, against girl child," Mahambre said.