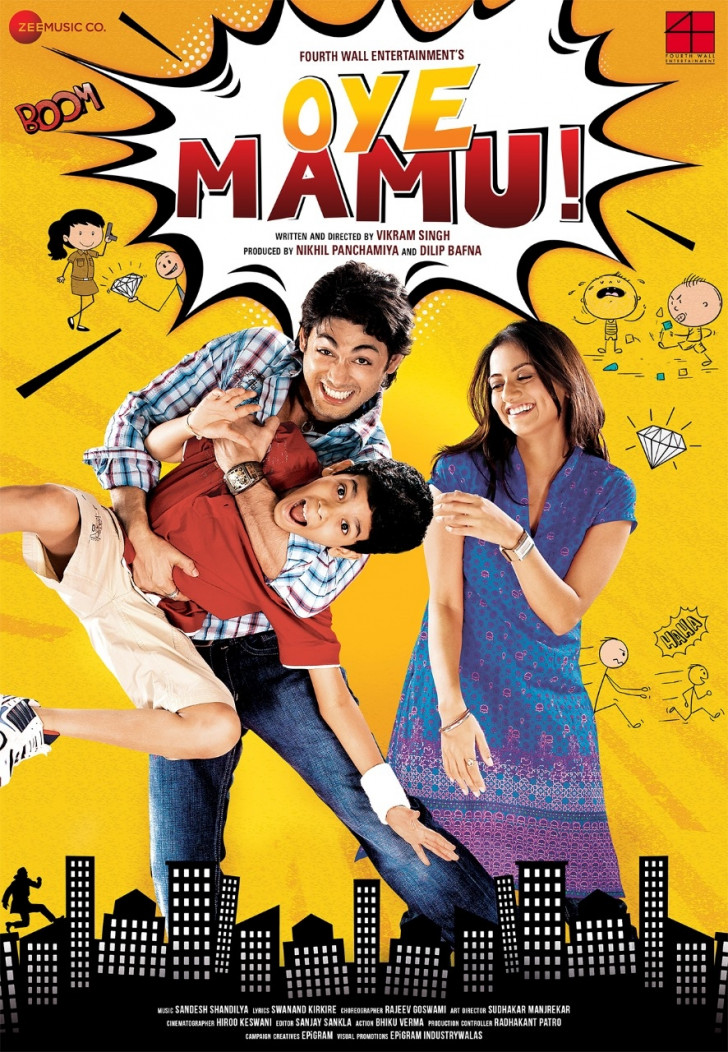 Mumbai, Aug 3 : Comedy film 'Oye Mamu!' will be the first Hindi film to premiere on the Book My Show app, a TVOD (transactional video on demand) platform.

On selecting TVOD for the release of the film, producer Nikhil Panchamiya said: "Book My Show has been India's premier ticket booking app countrywide, and going to cinemas is most closely associated with this app, so we decided on being the first Hindi film to premier on Book My Show TVOD, and will later go to other showcasing platforms as is the norm, with Apple iTunes and Google Play next, then DTH like Tata Sky, followed by SVOD OTT."

The film's premiere announcement was made on Ruslaan Mumtaz's birthday on Tuesday.

Talking about the film, Ruslaan said: "'Oye Mamu' was shot before 'Namaste Wahala' but with people now opting more for OTT and children being at home due to the pandemic, we think that it's the perfect opportunity to bring our film to the audience."

Ruslaan has been part of the digital space with 'Zakhmi', 'Namaste Wahala' and 'A.I.SHA My Virtual Girlfriend 3'.

The 39-year-old actor started his career in 1997 with 'MP3: Mera Pehla Pehla Pyaar' and has above 12 films and many TV shows to his credit.

Written and directed by Vikram Singh, 'Oye Mamu!' has been produced by Nikhil Panchamiya and Dilip Bafna, presented by Fourth Wall Entertainment. The music is composed by Sandesh Shandilya, and the lyrics are by Swanand Kirkire, with key tracks by Adnan Sami, Kunal Ganjawala, Sunidhi Chauhan, and Labh Janjua.

The movie is a family entertainer with Ruslaan Mumtaz playing 'mamu' (uncle) while Tanay as 'bhanja' (nephew). Actress Kulraj Randhawa is essaying the role of a cop and is seen romancing Mumtaz. While Gulshan Grover is playing the antagonist, comic veterans Asrani, Tiku Talsania, Mohan Kapoor, and Brijendra Kala add some solid laughs.